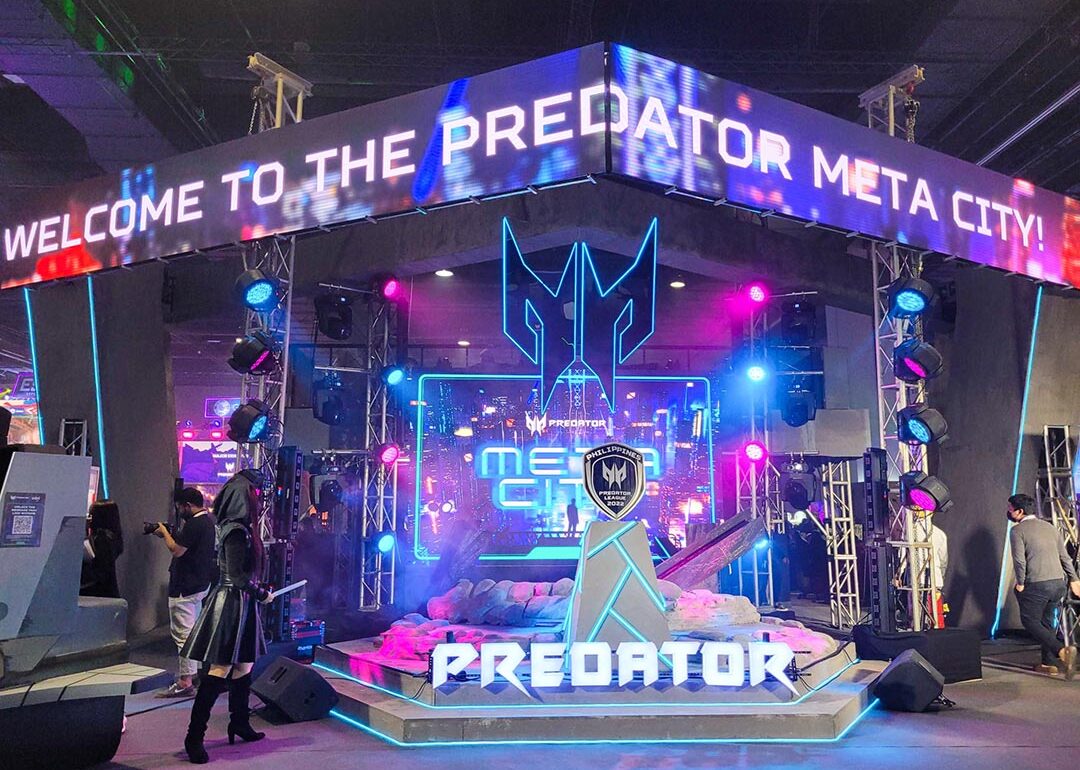 Predator makes a big comeback at ESGS with ‘Meta City’

The Esports and Gaming Summit (ESGS) 2022 is finally coming back live and in person with a three-day event filled with gaming gear, activities, prizes, and many more from October 28-30 at the SMX Convention Center, Pasay City!

Predator makes a huge comeback at ESGS as a major sponsor and the gaming hardware brand will have a booth called “Meta City” where gamers and gaming enthusiasts can immerse themselves in the flight and racing simulators, show off their Tekken skills, and join arms with others for combat at Dota 2 and Valorant LAN games.

There will also be ESGS 2022 exclusive promos offered for those who want to buy Predator and Nitro gaming laptops. Get discounts of up to 57% on select models. Every purchase of a laptop entitles the customer to an Acer loot bag and/or gaming chair, depending on the unit purchased.

The ESGS is an event where gaming companies, studios, and independent game developers can showcase their video game titles as well as other gaming services to the public. Gaming groups and companies also organize esports competitions with professional gamers, casual players, and enthusiasts.

“We are very excited to meet the members of the esports community and gaming enthusiasts in events like ESGS 2022 and Predator League 2022 again after more than two years of lockdowns and restrictions. Our support for these events reiterates Acer’s commitment to the gaming community,” said Sue Ong-Lim, Acer Philippines General Manager.

The culmination of the Asia-Pacific Predator League 2022 Grand Finals will take place in person from November 11 to 13 in Japan. This year, the competition will be divided into two tournaments: Dota 2 and PUBG: Battlegrounds. Philippine representatives TNC Pro Team, Polaris Esports, GrindSky Esports, and Execration will compete in the Dota 2 finals while ArkAngel Predator will take part in the PUBG finals.