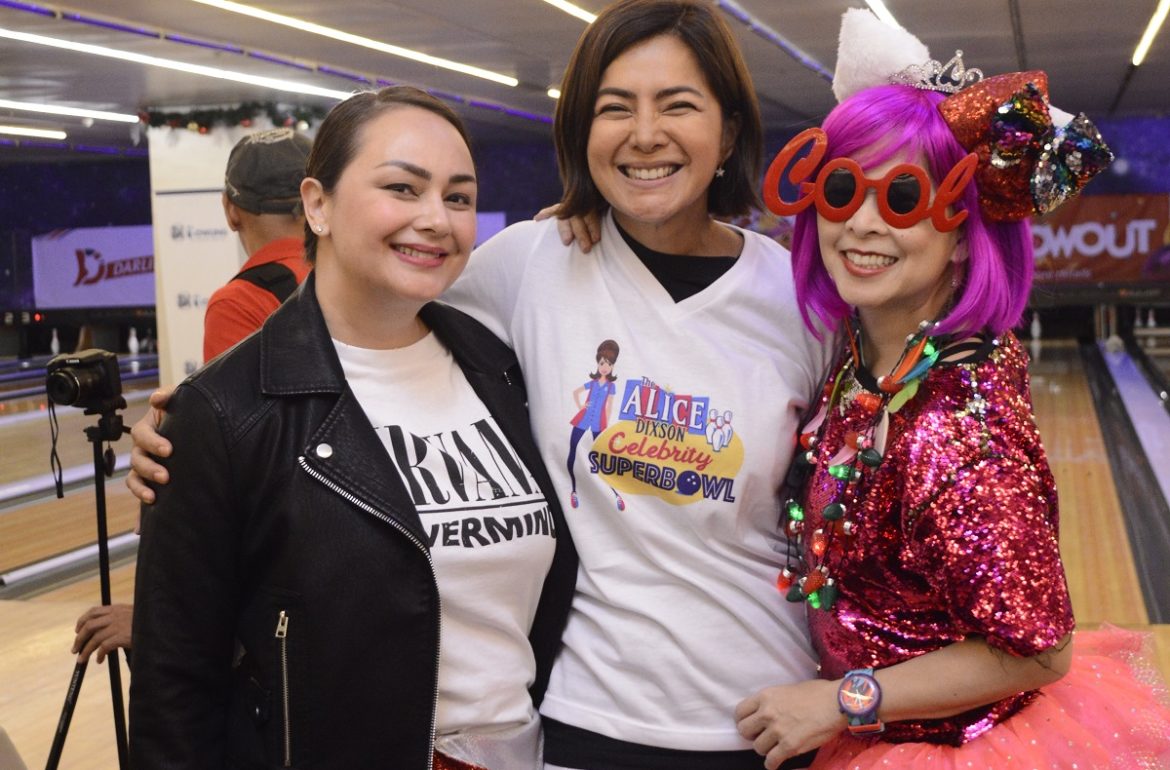 She can’t stop having fun because it is in doing so, actress Alice Dixson gets to continue raising funds for Kalipay Negrense Foundation in Bacolod.

It’s the third year of the 80s actress’ fun bowling doubled as fundraising event and year after year, the money she was able to raise with the help of her celebrity & non-showbiz friends doubles up! This year’s affair, dubbed as Alice Dixson Celebrity Superbowl, was recently held at the SM Megamall Bowling Center.

Those who came to show support to Alice’s project are TV/radio host Ali Sotto with her husband Omar Bsaies, Donita Rose, Tim Yap, as well as Iza Calzado while her husband Ben Wintle stayed on to play.

Emerged as winners in the Celebrity category were Rich Ilustre (1st), Gerry Acao (2nd), and Kookoo Gonzales (3rd). They received gift certificates for 3D/2N stay in Club Agutaya in Palawan, 3D/2N stay in Villa Angelina Resort in Dapitan City and luggage from Delsey for the first, second, and third place respectively.