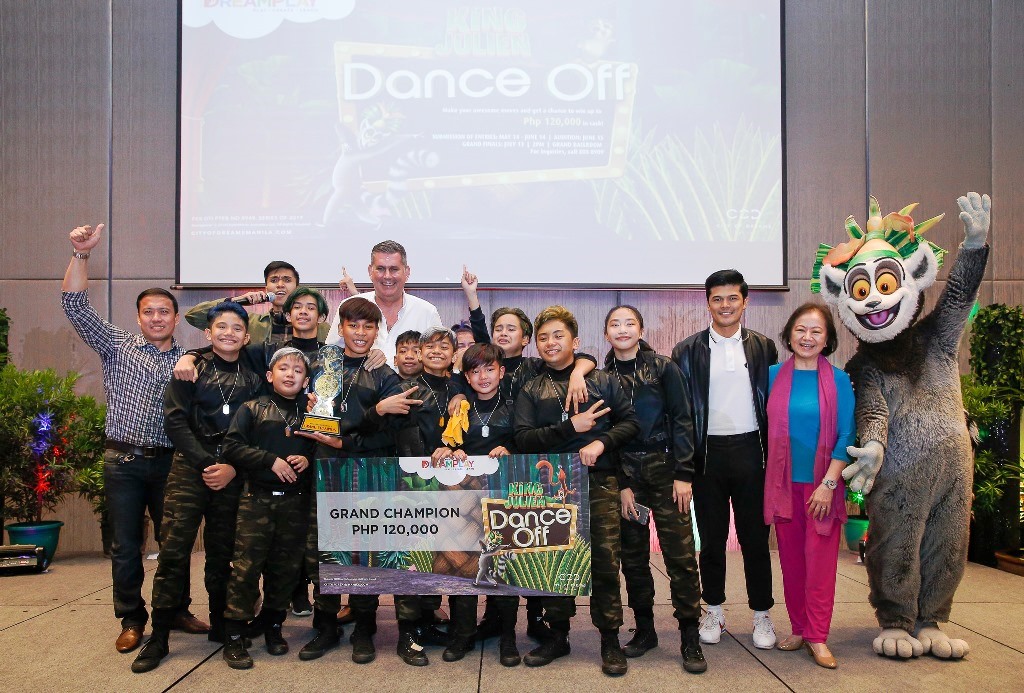 The 11-member group bested seven other contenders during the Grand Finals recently held at the Grand Ballroom — displaying their world-class talent in an exhilarating five-minute dance routine, which earned the fervent applause of the judges and the audience.

Following an elimination round of 16 groups, the other finalists who made the cut were Vibae Kids from Tondo Manila; Extreme Idols from Marikina, Team Malupet from Quezon City Jyckz from Antipolo; and Little Warriors from Tondo, Manila, who all received a certificate and a consolation prize of Php 5,000.

“We congratulate Electro Groovers for their much-deserved win; and who, apart from showing their immense talent, also performed with great joy on the Dance Off stage. Witnessing them and other promising young performers give us immeasurable fulfillment and drive us to continue staging the King Julien Dance Off competition to provide an enjoyable platform to discover new talents and hone their abilities,” said Michael Ziemer, City of Dreams Manila’s Vice President for Hotels, Food & Beverage.

DreamPlay’s King Julien Dance Off first opened its doors in 2016 to talented dance groups from around the country, composed of children ages 7 to 14 years old. Since then, the Dance Off stage has, also become a springboard for talented children to fulfill their dreams of performing in local and international stages.

DreamPlay by DreamWorks at City of Dreams Manila, a first-of-its-kind indoor, interactive play and creativity center, also stages the annual Sing Off Competition. Built upon the incredible stories of DreamWorks and brought to life through the latest digital technologies, DreamPlay allows kids to experience their wildest dreams. Located at the Upper Ground Floor at The Shops at the Boulevard, DreamPlay is open from 10 a.m. to 9 p.m. on weekdays (Monday to Thursday), and from 9 a.m. to 10 p.m. on weekends (Friday to Sunday, and on Holidays).

For inquiries, call 800-8080 or e-mail [email protected] or visitwww.cityofdreamsmanila.com.