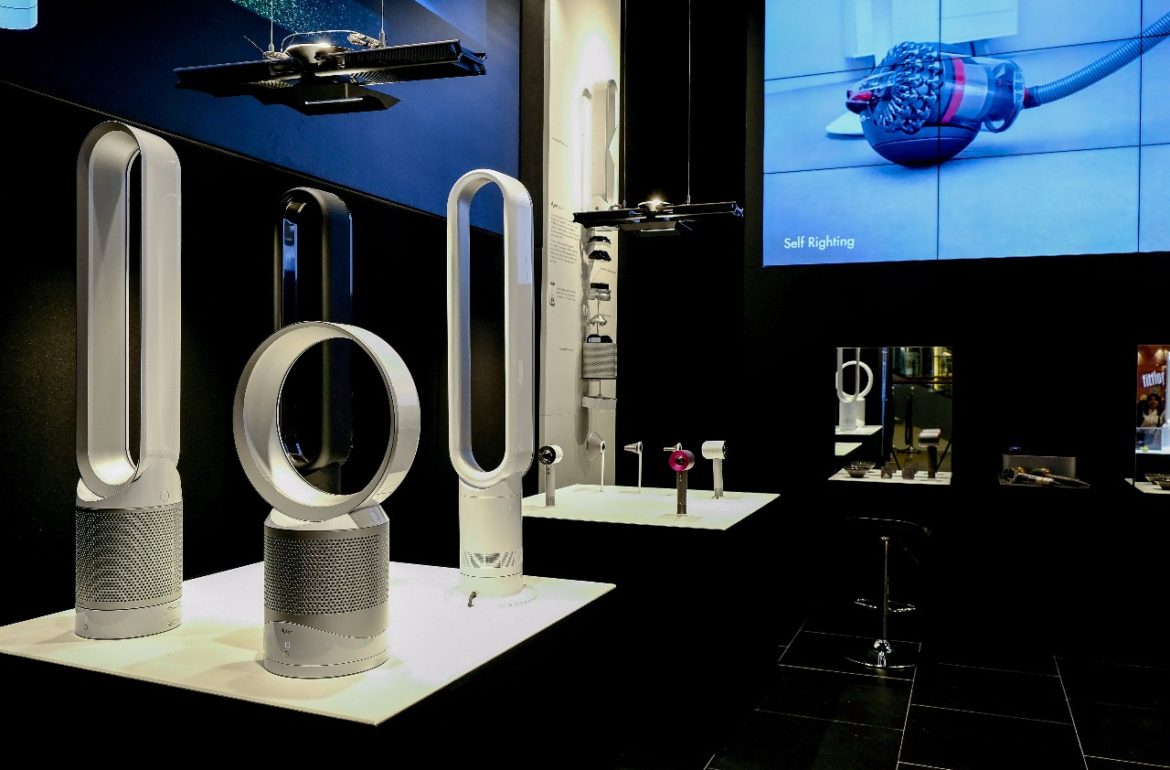 Dyson has officially opened the doors to its new Demo space at the SM Aura Premier in Manila. Along with the Dyson demo in Greenbelt 5 and a future demo in The Podium, the space is engineered to encourage people in the Philippines to pick-up, test and experience Dyson’s technology.

Thanks to the Dyson digital motor V8, which spins at up to 110,000rpm, the Dyson V8TM cord-free vacuums provide powerful fade-free suction and weigh just 2.6kg.  Visitors to the Dyson Demo at the SM Aura Premier will be able to try the machine on 3 different floor surfaces, with different varieties of dust and debris.  Visitors will be able to see the Dyson digital motor up-close and speak to Dyson experts about which technologies are most suitable for their home.

The Dyson Pure Cool LinkTM purifying fan removes 99.95% of allergens and pollutants as small as 0.1 microns from air[1]. This intelligent purifying fan automatically detects and captures microscopic airborne pollutants in your home, and reports the live indoor and outdoor air quality to the new Dyson Link App – allowing users to remotely track the inside air quality at all times.

Smoke-box demonstrations in the Dyson Demo help to visualise the power of the machine to filter pollution. Dyson experts are on hand to explain the way in which the hardware and software integrate to give the machine intelligence and reveal invisible airborne pollutants.

Powered by Dyson’s small and powerful digital motor, the Dyson Supersonic™ hair dryer is fast, focused and intelligent.  It is the result of a £50 million investment in the science of hair. Dyson engineers studied hair from root to tip, understanding how it reacts to stresses, how to keep it looking healthy and how to style it.

The Dyson Demo features two styling stations to allow people to test and experience the Dyson Supersonic first-hand. Dyson experts will be on hand in the Dyson Demo to explain how the product works, the technology inside, and offer styling advice. Complimentary in-store styling appointments may be booked through the Dyson Philippines Facebook page.

Jim Roovers says: “It is critical for people to be able to test and experience our technology, so they can understand how it works. This space is designed with that in mind. For instance, you can pick-up our cord-free machines, pull them apart, and thoroughly test them on our test tracks with various dust samples.”

Martyn Davies, General Manager for Dyson in Southeast Asia, says “We are in the business of making technology that works in fundamentally differently ways.  It is best understood when experienced and explained in a Dyson environment by Dyson experts. With the new space in the SM Aura Premier, we are bringing engineering to life for the people in the Philippines.”

1999: The original concept space, also masterminded by Chris Wilkinson opens in Paris, based on the principle that people need to understand how a machine works, to realise how it is better.

2017: New Demo spaces open in the Philippines, Malaysia and Dubai

James is the founder and owner of Dyson. Frustrated with his bagged vacuum cleaner that lost suction, Sir James set about solving the problem and developed cyclone technology. After thousands of prototypes the first dual cyclone vacuum cleaner – DC01 – was launched in 1993.

As Chief Engineer, James is an integral part of Dyson’s Research and Development process and works full time out of Dyson’s Malmesbury headquarters.

James spent one year at the Byam Shaw School of Art (now part of Central Saint Martin’s College of Art and Design) before reading furniture and interior design at the Royal College of Art.