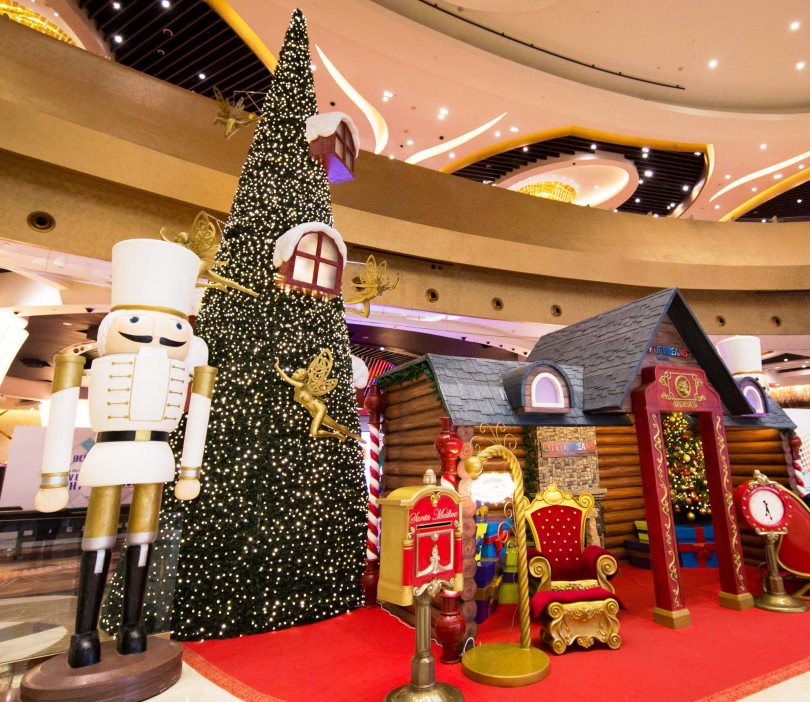 WONDERS OF CHRISTMAS AT CITY OF DREAMS MANILA

City of Dreams Manila’s European-inspired Christmas décor makes for a central backdrop for a memorable staycation in any of its three luxury hotels, dining in any of the more than 20 restaurants, Christmas-themed activities at an interactive play space, year-ender parties and New Year’s Eve countdown events, celebrations in a function room or a KTV room, and luxury shopping for the holidays. 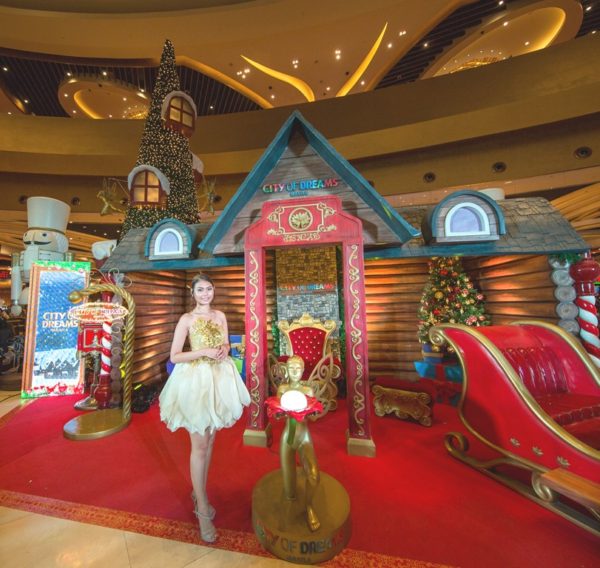 The luxury integrated resort’s Christmas décor, conceptualized by Danish designer Creation Group and executed by Tema Design Philippines, features two towering nutcrackers at the main entrance, an enchanting 32-foot Christmas tree next to a life-sized Santa’s log-cabin and sleigh at the central aisle where Santa will be stationed for photo ops during weekends of December, handing out Snickers bars. Outdoors, beside the Nobu Hotel pool deck, a stunning 22-foot teddy bear covered in 16,000 LED lights illuminates the garden at night, while at The Shops boulevard, a cluster of golden trees with a troupe of fairies in flight evoke enchantment and fantasy. The lobbies of Nobu, Crown and Hyatt also sport distinct holiday showpieces that invite photo ops.

Shrek the Halls at DreamPlay

For kids and the kids at heart, a Christmas-themed family celebration with DreamWorks characters is in store in DreamPlay with the “Shrek the Halls” holiday adventure activity at P1,588 net per person, from December 2 to January 2. The Christmas experience with Shrek includes an all-day pass, a Gingy apron, a refreshing Baked Christmas Apple & Gingerbread smoothie, a meet-and-greet with Shrek and Princess Fiona, and a viewing of the Shrek the Halls Holiday Special Short film at the Dream Theatre.

As a respite from the holiday rush, there’s the “Celebrations” staycation package at Nobu Hotel Manila in a well-appointed deluxe room, replete with breakfast and a spa treatment for two, and dining credit to experience a selection of City of Dreams Manila’s restaurants. The package starts at P14,700 and P21,700 net for one and two-night accommodations, respectively. For families, the “Stay and Play” package is the ideal choice with an overnight accommodation in a deluxe room with breakfast for two adults and two children below 13 years old and DreamPlay passes for four, is offered at P10,300 net. Room packages are available until December 30, 2017. Complimentary yoga and Zumba classes are also available on weekends.

Revelers looking for premium Cantonese and contemporary Chinese can satisfy their cravings at Crystal Dragon with a choice between two delectable five-course Christmas set menus priced at P1,988++ and P2,388++ offered for the whole month of December.

Southeast Asian cuisine reigns supreme at Red Ginger, and a limited-time holiday a la carte selection will be available from December 16 to 31.

A sumptuous barbecue buffet spread featuring grilled dishes and a variety of Eastern and Western dishes are served by the poolside during the weekly Sunday barbecue dinner at Wave restaurant. Available on all Sundays of November and December, not-to-be-missed staples are the lemongrass-stuffed lechon carving station, the grill with bratwurst, pork barbecue skewers, chicken inasal, and lemon garlic prawns, the risotto cheese wheel, cold cuts station, breads station, salads station, and delectable desserts.

Chaos will fly in international DJ Ookay to perform on December 8, while New Year’s Eve countdown parties at Chaos and CenterPlay will highlight top local performing artists including True Faith on December 31.

For inquiries and reservations, guests can call 800 8080, e-mail [email protected], or visit www.cityofdreamsmanila.com.