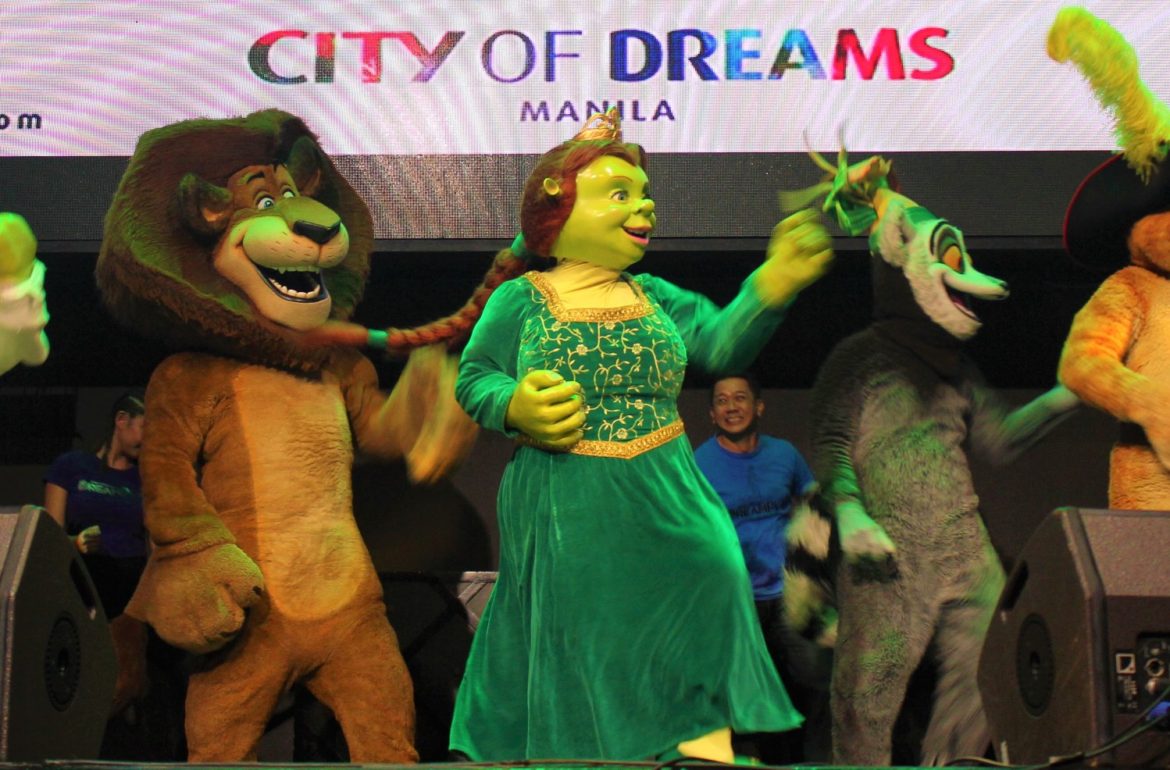 DreamPlay, City of Dreams Manila’s Dreamworks-inspired interactive play space, staged its second nationwide children’s dance competition dubbed as “King Julien Dance Off” to celebrate its second year anniversary and mark its one million visitors to date. Higher Level Kids, an all-boys group from Cavite, who have participated in various dance competitions in the country and abroad, bested the other seven finalists and bagged the championship trophy at Chaos Manila.

Ace of Spades, a mix group of boys and girls from Angono, Rizal were awarded as 1st runner up. The other six finalists that made it to the grand finals were: Southernside Dance Theater, Super Kids, Small Fries, The Class, GFAM, and Mover’s Impact. They were judged according to creativity, style and originality of choreography; themed-costume based on Dreamworks movie song choice, stage presence and over-all impact or star quality.

The Higher Level dance group stood out when they sent shockwaves of delight and excitement as they performed amazing dance moves and stunts executed with seamless choreography to the remixed Dreamworks movie soundtrack of Madagascar’s “I Like to Move It,” Kung Fu Panda’s “Kung Fu Fighting,” Shrek’s “I’m a Believer” and Troll’s “Can’t Stop the Feeling”. The children’s dance crew’s dynamic and talented members are also known for their memorable performances in Dance Kids, a dance competition and reality TV show aired on ABS-CBN 2 in 2015 and Super Kids – The World’s Greatest Little Talents TV show in Cologne, Germany in 2016.

The show opened with a dance number featuring DreamPlay’s Dreamers dance group and Madagascar movie’s character King Julien, the charismatic “Lord of the Lemurs” who can’t help but dance to the music and the inspiration behind the children’s dance contest. This was followed by a special dance number by last year’s winners and the first “King Julien’s Dance Off” champions – FMD Extreme. They wowed the audience once again with their high-flying stunts and electrifying moves.

The main highlight of the program is the performances of eight finalists who set the stage ablaze with their youthful energy and street dance moves ranging from popping, locking and breaking peppered with ballet movements and acrobatic stunts.

Ace of Spade’s first runner-up prize consisted of P25,000 in cash and a DreamPlay trophy. Every member likewise won a weekend pass at DreamPlay, a photo op with DreamWorks characters, DreamShop voucher worth P500 and Chez Gingy voucher worth P500.

Each of the other highly-talented grand finalists was given P10,000 in cash and a DreamPlay plaque. Each of their members also had a photo opportunity with the Dreamworks characters and brought home a complimentary DreamPlay ticket, DreamShop voucher worth P500 and Chez Gingy voucher worth P500.

To find out the upcoming activities at DreamPlay, interested parties can call 800 8080 or e-mail [email protected] or visit www.cityofdreamsmanila.com.

The dynamic and innovative resort complex, located on an approximately 6.2-hectare site at the gateway to Entertainment City, includes the ultimate in entertainment, hotel, retail and dining and lifestyle experiences with aggregated gaming space, including VIP and mass-market gaming facilities with 286 gaming tables, 1,605 slot machines and 176 electronic table games.

City of Dreams Manila delivers an unparalleled entertainment and hospitality experience to the Philippines and is playing a key role in strengthening the depth and diversity of Manila’s leisure, business and tourism offering, enhancing its growing position as one of Asia’s premier leisure destinations. It has been developed to specifically meet the needs of the large, rapidly growing and increasingly diverse audience of leisure and entertainment seekers both in the Philippines and those visiting Manila from across the Asia region and around the world.