By purchasing Home and Away federation kits, which are available in select Adidas stores, customers will gain access to exclusive World Cup watch parties hosted by the brand

With the FIFA World Cup 2022 fully underway, Adidas Philippines rolled out a variety of offerings for Filipino football fans to celebrate the most prestigious football tournament.

Six nations competing at the World Cup this year are sporting Adidas federation kits, each serving as a canvas for creativity and an opportunity to capture and express the spirit of each nation. The Home and Away federation kits of Argentina, Belgium, Germany, Japan, Mexico, and Spain are available in select Adidas stores where customers of the kits will get access to exclusive World Cup watch parties hosted by the brand.

The first Adidas-hosted watch party brought football fans to The Island at The Palace on November 23 where they screened Germany vs Japan match. The brand will also be hosting a second watch party for the finals match on December 18, to which customers of the federation kits and the Adidas FIFA World Cup football footwear collection (Predator, Copa, and X) will also gain access. Aside from watching the thrilling match, guests of the finals watch party can also look forward to exciting and limited edition raffle prizes like a football jersey signed by Lionel Messi.

The November 23 watch party also allowed Adidas to reveal its giant Al Rihla Official Match Ball. From November 24 to 30, the giant match ball activation will be at the Bonifacio High Street amphitheater where passersby will get to see the ball design up close. Football fans can look out for the giant Al Rihla Official Match Ball in the following weeks as it will make its appearance in a few other locations leading up to the FIFA World Cup 2022 finals.

With energies and excitement at a high for the return of the World Cup, the promotions and offerings that Adidas Philippines has prepared for the tournament season are sure to give football fans, even more, to be excited about. 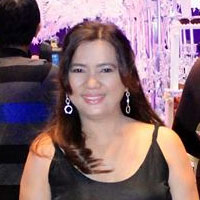