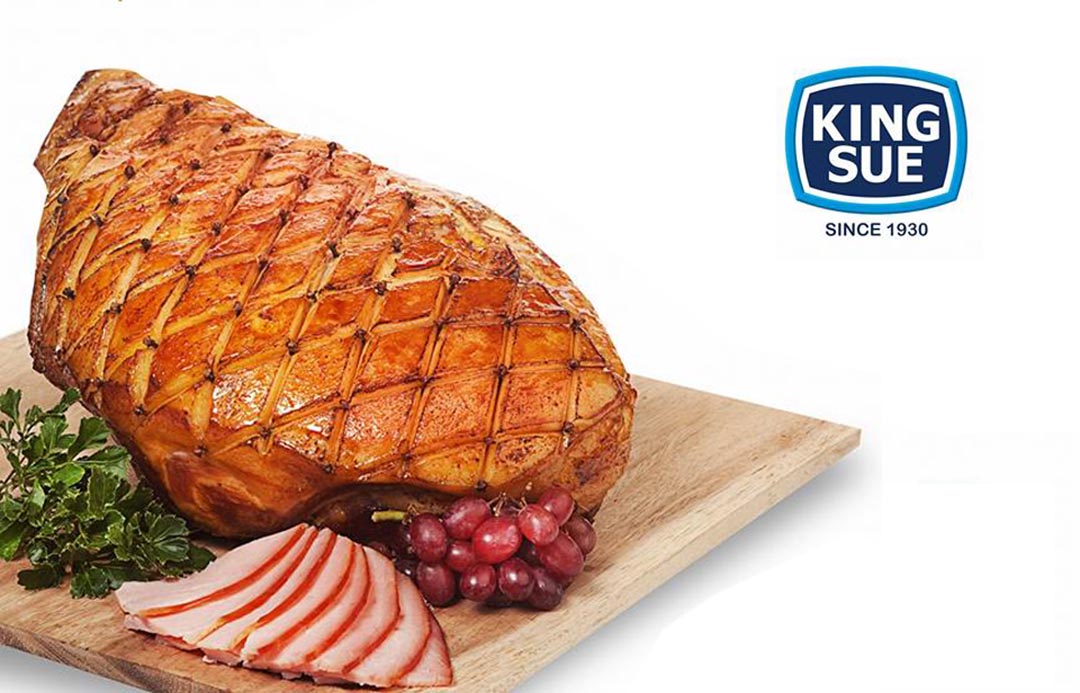 Celebrating a century of tradition with King Sue Ham

High-quality food products for almost a century. King Sue Ham‘s headquarters (circa 1956-1957) in this vintage photograph. At the left is King Sue Ham’s founder, Mr. Cu Un Kay, who traveled from Fookien province in China to the Philippines and painstakingly perfected the handcrafted process of the Chinese ham bone-in that every Filipino wants to have at their table to be part of the celebrations because they stayed true to their heritage of quality and flavor.

A known fact is that Christmas starts early in the Philippines. As early as September, people notice Christmas songs are already playing. By October, Christmas decorations are already going up. By November, malls start extending their hours and shoppers start checking off their Christmas lists. So, if you’re only starting to plan your noche buena menu now—only a few weeks before Christmas day—you probably need a good head start at this point.

Now, everyone knows that the Christmas ham—the right one; baked to perfection and glazed for that mouth-watering burnished sheen—is the real star of any family feast. More to the point, for foodies who pay close attention, they’ll notice one particular name that has been present in every noche buena spread, year after year, for the last century almost: King Sue Ham. And as menus evolved and palates kept up with culinary trends, King Sue Ham’s age-old tradition of meticulously preparing their meat to juicy perfection following their signature curing process perfected through decades, remained a staple on Filipino tables.

At this point, it’s not a question of whether Filipinos should add King Sue Ham to their noche buena menu, it’s a matter of which ham should they serve. Let’s take a look:

Cooked bone-in, this particular ham is topped with a delicate sugar glaze that draws out the juiciness of the smoked premium quality pork leg, perfectly completing the savory saltiness of its tender meat. The result is the familiar sweet and salty flavor that mingles on people’s palates, a flavor profile that can only be recreated over and over again by a brand like King Sue Ham, who has perfected this cooking process for almost a century. A must-try for anyone who wants to celebrate the traditional flavors of Christmas with family and friends.

Good ham is comprised of three flavor blocks—sweet, spice, and salty. Discerning palates get it all with King Sue Ham’s Piña Ham. The natural flavor of the premium quality meat, cured in a special brine to bring out the delicate savory spice is combined with the sweetness and saltiness of fruit to create that balance of sweet and salty. A favorite for even the pickiest Pinoy palates.

Even the more modern iterations of this centuries-old Christmas staple stay true to the quality and traditions that made it the go-to ham for many. Sweet ham, like the name suggests, features a sweeter flavor profile that Filipinos love. Achieving this unique flavor requires combining traditional curing methods King Sue Ham is known for, with a special brine that draws out the sweetness of the meat while maintaining its soft and juicy texture.

Hawaiian Ham is an excellent take on the confluence of cultural flavors in a single dish. King Sue Ham crafts theirs by using premium quality meat that’s leaner, but still ensures that it’s tender and juicy. A top choice for palates who want the sweetness of a great glaze and the savory salty goodness of a prime selection of meat.

For those who prefer a meatier flavor profile, a Pear-shaped ham is made from top-grade meat to create a tender and juicy slab of ham. While it is still made following King Sue Ham’s signature cooking and curing process, it was made to be convenient to fit modern needs. Each pear-shaped ham comes ready to eat or bake, guaranteeing the incredible King Sue Ham flavor with every bite, while giving foodies the option to try it out with new glazes to elevate and reinvent the classic.

No matter what kind of ham you choose to feature as the centerpiece for this year’s noche buena, you’re guaranteed to serve something classic, comforting, and fit for a king. And as the brand celebrates 92 years of tradition and heritage, they want everyone to be part of this milestone.

Shop from November 15 to 30 via GrabMart or Facebook Shop, King Sue Ham is throwing in 250g packs of Spiced Ham with every purchase of their 500g Hungarian Sausage. And beginning November 25, you get two 250g packs of Pork Tocino or Sisig for the price of one.