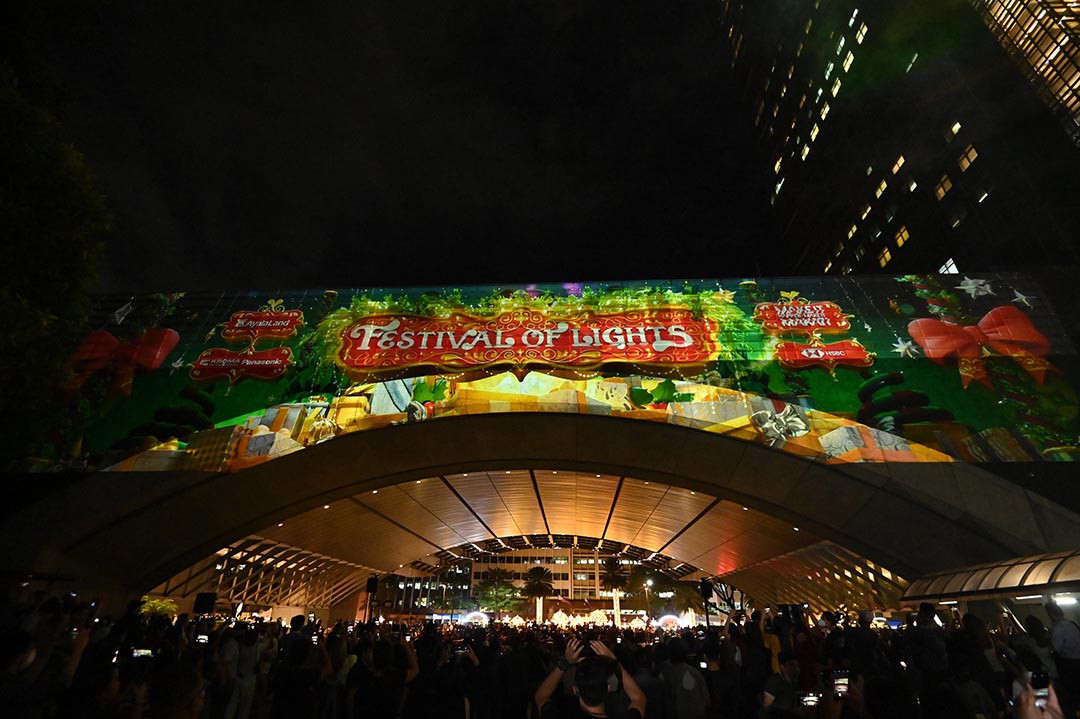 After running virtual editions of the Festival of Lights to ensure safety during the pandemic, the most anticipated family Christmas tradition is back live and on-ground at Ayala Triangle Gardens beginning November 10 with never-before-seen features to usher in a bigger and brighter celebration.

In partnership with Kroma and Acid House, Ayala Land begins the affair with a fun and quirky introduction to the actual Light Show. Aimed to build a celebratory vibe by creating excitement in light of the two-year pause, the intro video—following the idea of “The Christmas Lights Factory“—suggests that Santa and the elves are working hard to bring the Light Show back.

Projected on the canopy façade, everyone gathered at Ayala Triangle Gardens will catch the elves as they prepare the Christmas lights machine to work. As soon as it does, the machine produces lights of various shapes, colors, and sizes. The elves, then, pick these up and transport each element from the screen to the trees surrounding ATG. It ends with Santa with a power switch that turns everything on, ready for the Light Show.

Director Ohm David and Lighting Designer Sueyen Austero conceptualized this year’s grand presentation. As Christmas tunes play, visuals will be projected on the trees around ATG. It begins with moving constellations that slowly form colorful indigenous patterns to tell the story of creation. As the scene builds, the screen blacks out and then reveal stars, halos, parols, and other festive icons, which then merge to form a kaleidoscope of images. Moving and turning, it will ultimately end with an explosion of colors.

Ayala Land and Make It Makati are bringing back the kind of Christmas we all love and miss. With more upcoming events and festive displays, Makatizens can expect exciting reunions with loved ones this December and beyond.

Watch out! More to come is Ayala Land’s Christmas Market at Ayala Triangle Gardens on December 2 to 31 in partnership with the French Embassy; Simbang Gabi at Ayala Triangle Gardens on December 15 to 23 featuring a live performance by the Philippine Youth Symphonic Band on the opening night; and the Samsung Performing Arts Theater’s Christmas Extravaganza on December 20 to 22 featuring Simbang Gabi services and free-for-all concerts for any purchase receipt at Ayala Malls Circuit. 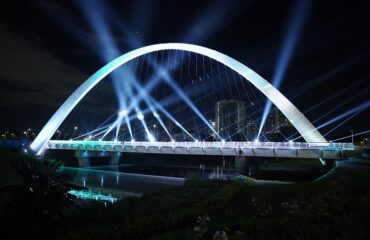