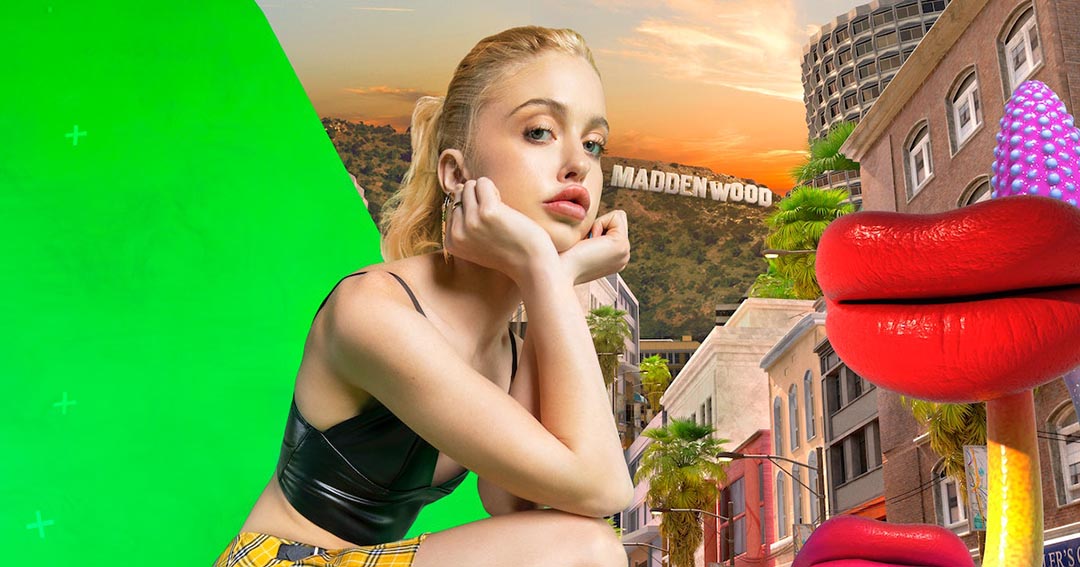 Steve Madden welcomes you to Maddenwood

Steve Madden, one of the leading names in fashion, is launching a new and immersive augmented reality global campaign for Fall 2022, featuring celebrities Bella Poarch, Latto, and Chloe Cherry stepping into a bold and psychedelic universe, Maddenwood, inspired by the Madden shoes they “audition” to become.

Maddenwood imagines a world where the brand’s latest styles allow consumers to become whomever they want to be…whenever and wherever they want…with no need for views or likes—just put on a pair of Maddens that speak to you and you’re in.

“We’ve always been forward-thinking with a clear sense of the brand and our consumer. Maddenwood is the manifestation of that mindset at its most aspirational,” notes Steve Madden, adding, “I’m a big movie buff and am fascinated by the whole idea of Hollywood. Here we are creating our version of Hollywood the Madden way.“

At the center of the campaign are three Maddenwood videos that blend a combination of retro references from Andy Warhol’s iconic “screen tests” of the 60’s to the low-fi aesthetics of the 80s and 90s. Maddenwood ultimately explodes into a hi-fi mind-altering animated world where the shoes represent the wearer’s most unapologetic version of themselves as exemplified in the videos featuring Bella, Latto, and Chloe’s “auditions.”

In last season’s Maddenverse‘s campaign, Steve Madden took its consumers into the emerging virtual landscape of the metaverse. This year the brand is shifting focus to create a new one-of-a-kind multimedia interactive experience: Maddenwood.

Through cutting-edge augmented reality smartphone tech, consumers are brought into the heart of Maddenwood to experience the world Bella, Latto, and Chloe find themselves in once slipping on a pair of Madden’s. The campaign expands to feature large-scale posters in key markets around the world that will immerse consumers into the trippy Maddenwood world through AR content activated by unique QR codes via their smartphone cameras.

The stars at the campaign’s nexus represent the future of celebrity, with their fame created online and on their terms, while still demonstrating the timeless X-Factor that defines a true superstar…owning their personas and blowing them out in the loudest way possible.

The superstars of Maddenwood include TikTok musical superstar Bella Poarch, one of the most followed personalities on the global platform with close to 91 million followers. 2022 Best New Artist MTV VMA nominee, Atlanta’s Latto, has already scored several breakthrough career successes including a certified Platinum debut “Bitch From the Souf” and her most recent track “Big Energy” peaking at No. 3 on the Billboard Hot 100. Actress Chloe Cherry made her television debut as ‘Faye’ in HBO’s generation-defining mega-hit, Euphoria, where she’s become one of the show’s breakout stars.