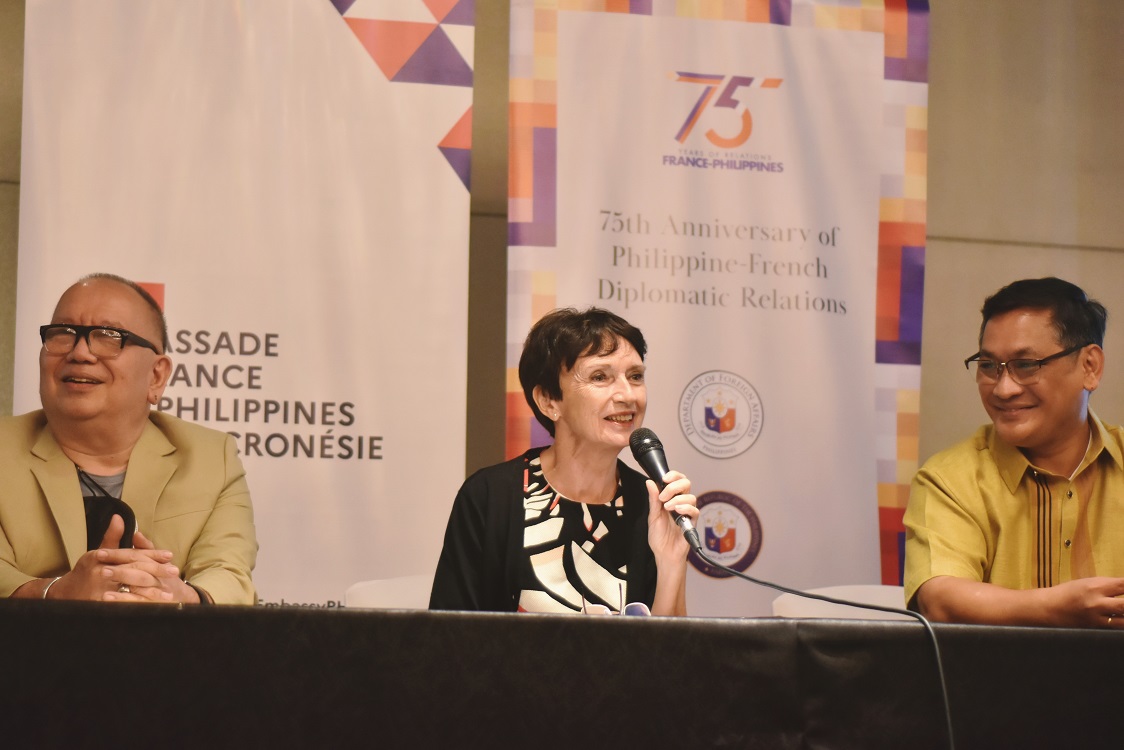 From October 2022 to January 2023, the Philippine and French embassies will feature several events that highlight the ever-strengthening relationship between the Philippines and France.

In a press conference held on October 18, Ambassador of France to the Philippines, Her Excellency Michèle Boccoz, and Assistant Secretary Jaime Victor B.  Ledda, Assistant Secretary Office of European Affairs of the Department of Foreign Affairs, presented the line-up of activities that highlight French and Filipino collaboration, talent, and creativity.

This year’s 75th anniversary is a half-year-long gala that illustrates the steadfast friendship between the two countries. The festivities will reach their peak this month of October, with four major events planned to inspire and amaze the public, such as the Marcel Proust-inspired art exhibit called, “In Search of Lost Time” by Stéphane Heuet that opened on October 16.

Other events will be held in November and December, with a closing ceremony to be conducted around the middle of January, in line with the Sinulog Festival.

With the highlighted events, both embassies hope to showcase the continuing commitment of France and the Philippines to boost and expand their partnership on various fronts, most notably in trade and investment, defense and maritime cooperation, industrial development, climate action, and culture and people-to-people exchanges.

The line-up of these upcoming events includes:

Diplomatic relations between France and the Philippines were first established in 1947 when both countries signed the Treaty of Amity in Paris. Since then, both countries have taken significant steps to ensure a free and open Indo-Pacific area and uphold international law.  Joint action in the fight against climate change and the promotion of cultural exchanges are undertaken between the French and Filipino people.

The celebration of the 75th Anniversary in 2022 through all the events jointly organized by the Embassy and Filipino partners highlight the strong and vibrant relations between the two countries, mixing business with pleasure, from gastronomy to art, basketball to the cinema, education to dance, and everything in between.

The enthusiasm of both people in working together, creating together, playing together, and performing together is a significant and meaningful promise for a bright future for the next 75 years.