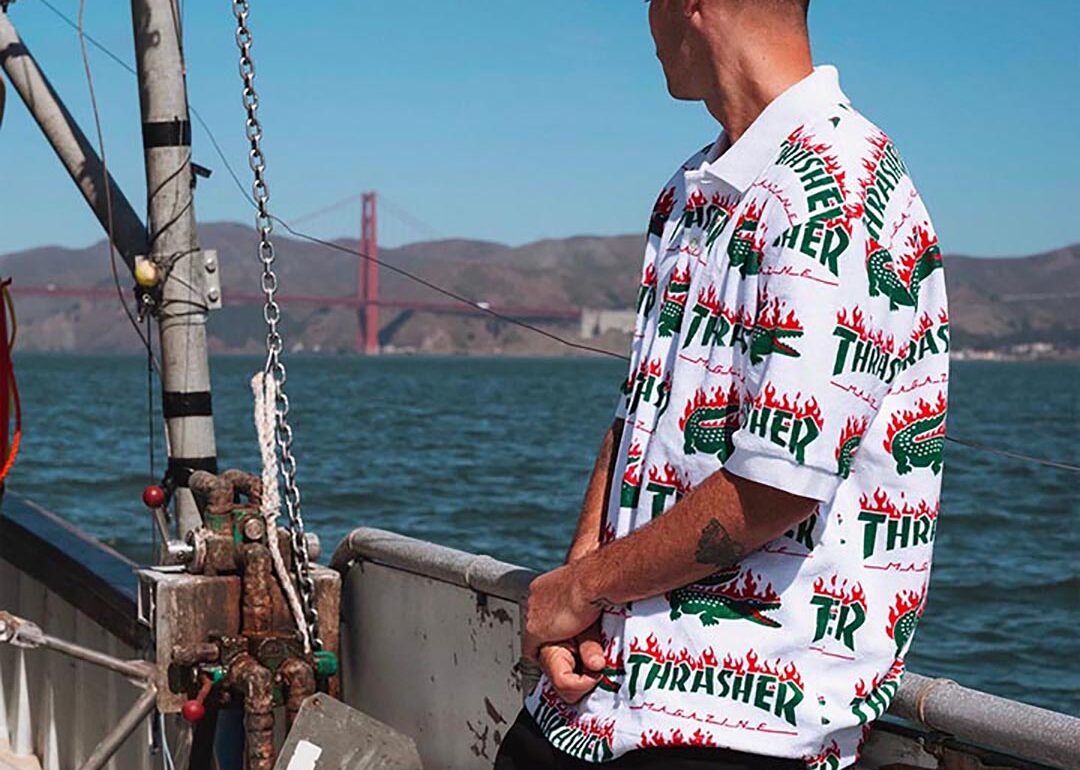 Two icons unite in a thrilling culture collision as Thrasher, the bible of skateboarding, teams up with Lacoste, and a combustible collection of crocodiles is born. Showcasing Thrasher’s hometown, San Francisco, the collection has been immortalized at iconic spots in the city, as the magnificent Golden Gate Bridge looms mightily throughout.

Founded in 1981 by entrepreneurs Eric Swenson and Fausto Vitello, Thrasher began by marketing skateboarding equipment with the independent company, Independent Trucks, Since then, Thrasher has established itself in the community as the ultimate reference for all things skateboarding with content written by skateboarders for skateboarders.

The design is a vision of both San Francisco and Paris, as Thrasher and Lacoste worked side by side to blend their bold symbols in a genuine light. The line is composed of the quintessential polo shirt in Terry cloth, a hoodie, a t-shirt, and a tracksuit. Each piece is emblazoned with the flaming crocodile, the official logo of the collection. This merging of two distinctive classics will be available on October 17 on lacoste.com.ph. 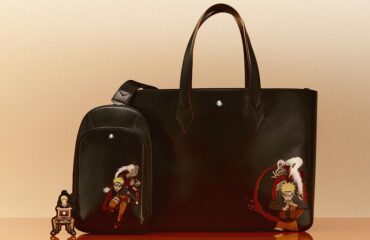 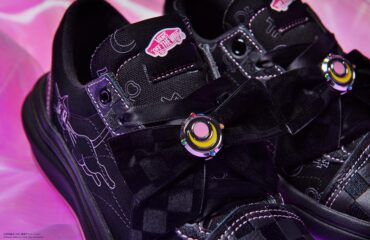