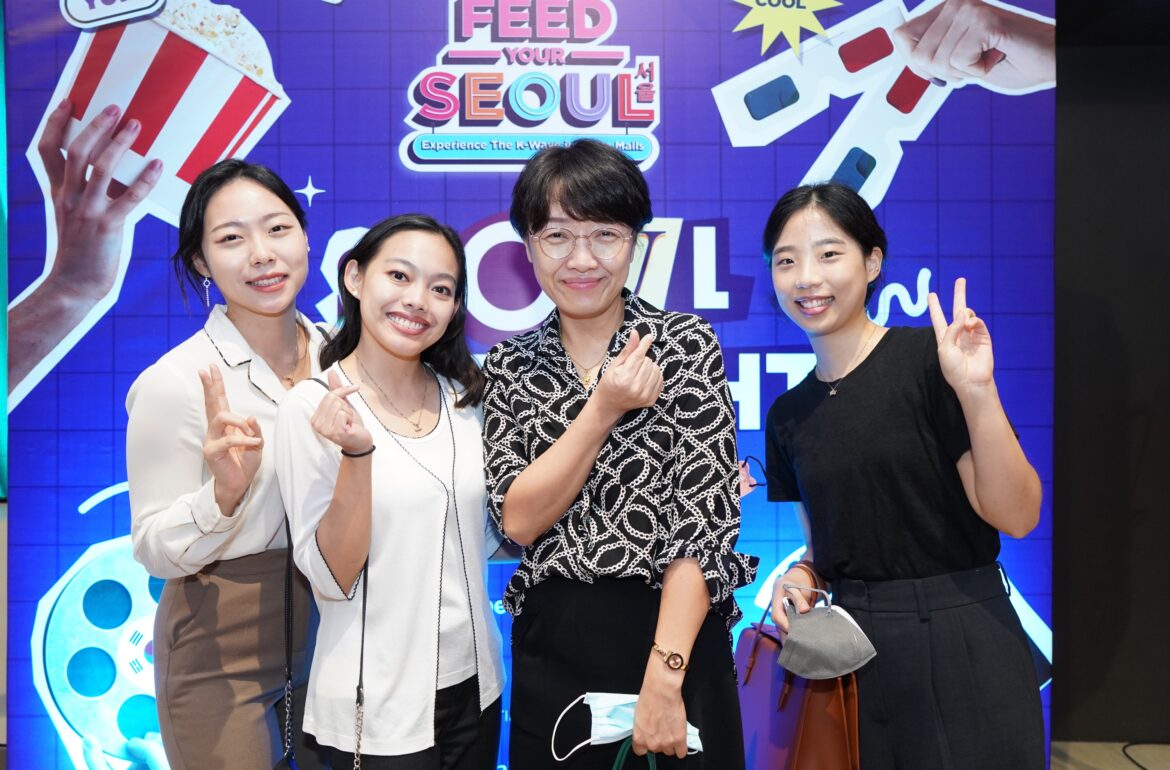 The K-wave continues at Ayala Malls Cinemas, in partnership with VIVA International Pictures and MVP Entertainment

It’s time to grab your movie-buds and enjoy a new cinematic experience! Get ready for some serious laughing, screaming, and kilig-tears when you watch the best of K-films at Ayala Malls Cinemas’ Korean Film Festival: Seoul Spotlight running until September 27. The film fest kickstarted on September 20, at the special screening of South Korea’s official submission at the 2022 Cannes Film Festival: Decision to Leave. Among those in attendance were esteemed Korean Culture Center Director Im Young A and renowned film directors Jeffrey Hidalgo, Dennis Marasigan, Easy Ferrer, Bobby Bonifacio, Jr., and RC Delos Reyes. Also present at the event are actors Eric Ejercito and power couple Elijah Canlas and Miles Ocampo, rising artists Joaquin Canlas, Rob Deniel, Silas, and Valfer, along with other Viva artists.

Korean Film Festival: Seoul Spotlight is part of Ayala Malls Feed Your Seoul celebration, which aims to bring the best of South Korean culture to Filipinos on a nationwide scale. Recently, Ayala Malls brought K-Pop stars BamBam, Lapillus, and Soyou to the local stage to finally extend safe face-to-face entertainment for Pinoy fans. Smiles and screams flooded the malls to show support for their most beloved idols. Ayala Malls is bringing this energy to the big screen as cinemas play South Korean’s most heart-pumping flicks.

Movie line up Discover Korean films’ distinct cinematography and fresh storylines that will both tickle the funny bone and bring butterflies to the stomach. Thrill seekers can also get their fix by watching unique horror concepts and gripping crime plots featuring varying themes—from tackling social inequality to delving into the human psyche. Audiences of all ages will surely be fascinated!

Get your detective gears running:

South Korea’s official submission at the 2022 Cannes Film Festival for the Palme d’Or “Decision to Leave” debuted in the Philippines on September 20, ahead of its US and UK theater release, commencing the Seoul Spotlight. It will also have its exclusive regular run across Ayala Malls Cinemas from September 28 to October 4. The romantic mystery featuring “The Late Autumn” and “Wonderland” star Tang Wei and “Ode to Youth” and “The Host” star Park Hae-il follows the story of a detective who becomes enthralled by a widow after she becomes the prime suspect in his murder investigation. Decision to Leave is directed by Cannes Film Festival Best Director winner Park Chan-wook—one of the most successful and critically praised filmmakers in South Korea known for directing visually stunning and breathtakingly violent dramas “Sympathy for Mr. Vengeance” (2002), “Oldboy” (2003), “Thirst” (2009) and “The Handmaiden” (2016).

What’s more for mystery and crime films? The Policeman’s Lineage starring Parasite actor Choi Woo-Shik shows a by-the-book police officer’s struggle to investigate a team leader who believes the chase of crime should be justified even if it’s illegal.

On The Line, on the other hand, revolves around a victim of voice phishing who goes out of his way to infiltrate the organization behind the system.

Get spooked with these Thrillers:

Cinephiles who like to be kept at the edge of their seats are in for a treat with Seoul Spotlight’s lineup! Ashfall, featuring “Train to Busan” star Ma Dong-Seok, Miss A member Bae Suzy, and “Squid Game” star Lee Byung-hun, highlights the pandemonium that ensues after the eruption of an active volcano, and the chaos that follows after a threat of more imminent eruptions.

Meanwhile, the action thriller Emergency Declaration shows the unprecedented terror that occurs inflight forcing the aircraft to declare an emergency. The movie has one of the most powerful casts ever assembled in a Korean movie, featuring “Parasite” star Song Kang-ho, “G.I. Joe” star Lee Byung-hun, and “The World of the Married” star Park Hae-Joon.

Feel-good films for all ages:

Following the intense line-up, it is always good to wrap everything up with light-hearted films that will either tug at heartstrings or make the stomach ache from too much laughing. Putting a spotlight on outcasts is In Our Prime which revolves around the story of a genius mathematician with a hidden past and a needy student who has given up on math.

Additionally, the romantic drama Kim Ji-young: Born 1982 is based on the best-selling novel of the same name and tells the story of a woman in her 30s who suddenly shows signs of being inhabited by others such as her late mother and older sister, and the stories of the people connected to her.

On the other hand, The Golden Holiday, which is set in the Philippines, is a comedy film that follows the story of a man who sets out for Manila to find his friend who scammed him under the guise of going on vacation.

Last but definitely not least on the line-up is the fantasy comedy The Dude In Me, where a weak high school student and a mighty gangster exchange their bodies accidentally.

Visit Ayala Malls Cinemas today and discover why Korean films are dominating global cinema at special admission prices! Catch a flick at only P250 per ticket in Ayala Malls Manila Bay, Glorietta, and TriNoma; and P200 per ticket in MarQuee Mall, Centrio, and Capitol Central.

Sit back, relax, and enjoy the show!

Ayala Malls awakens amazing with a wide array of exclusive and well-curated shopping and dining establishments assembled to effectively serve the needs and wants of today’s discerning patrons nationwide. Ayala Malls offers the most impressive lineup of local and global brands exclusively located in their establishments, which cater as a home for essential shopping with various destination favorites.