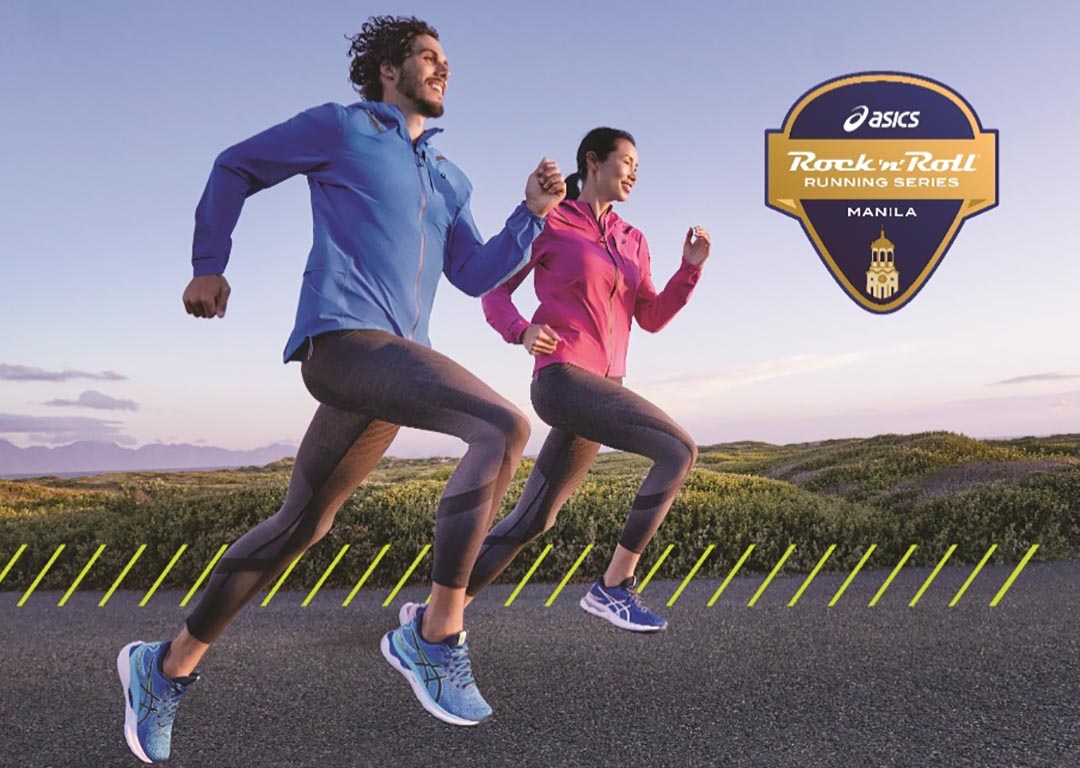 ASICS Philippines ushers in the month with an invitation to all runners to get back into the groove, and commit to going the distance once again during the inaugural ASICS Rock ‘n’ Roll Running Series Manila on June 19, 2022. Registration opens today for all races distances: 5K, 10K, half marathon, and full marathon!

ASICS helps bring the iconic running series to the City of Manila. The first in the Southeast Asian region, it will highlight unique race routes that will make runners experience the culture and beauty of the nation’s capital, all while being entertained and pumped up by live music and entertainment along the way. All in true Rock ‘n’ Roll Running Series fashion that runners worldwide have grown to love!

But just like any other race, ASICS also recognizes the need for optimum performance during the pre, during, and post-run sessions—more so during training. With over 50 years of experience in supporting athletes be at their best with the right technology, ASICS Philippines invites the local runners’ commitment to getting back to races by offering FREE REGISTRATION to their race distance of choice, with a minimum spend of P6,000 on regular priced running footwear.

Gear up, get back to the grind and bring back that love for running with ASICS. For registration to the 1st ASICS Rock ‘n’ Roll Running Series Manila, and more information about the race, visit http://www.runrocknroll.com/manila