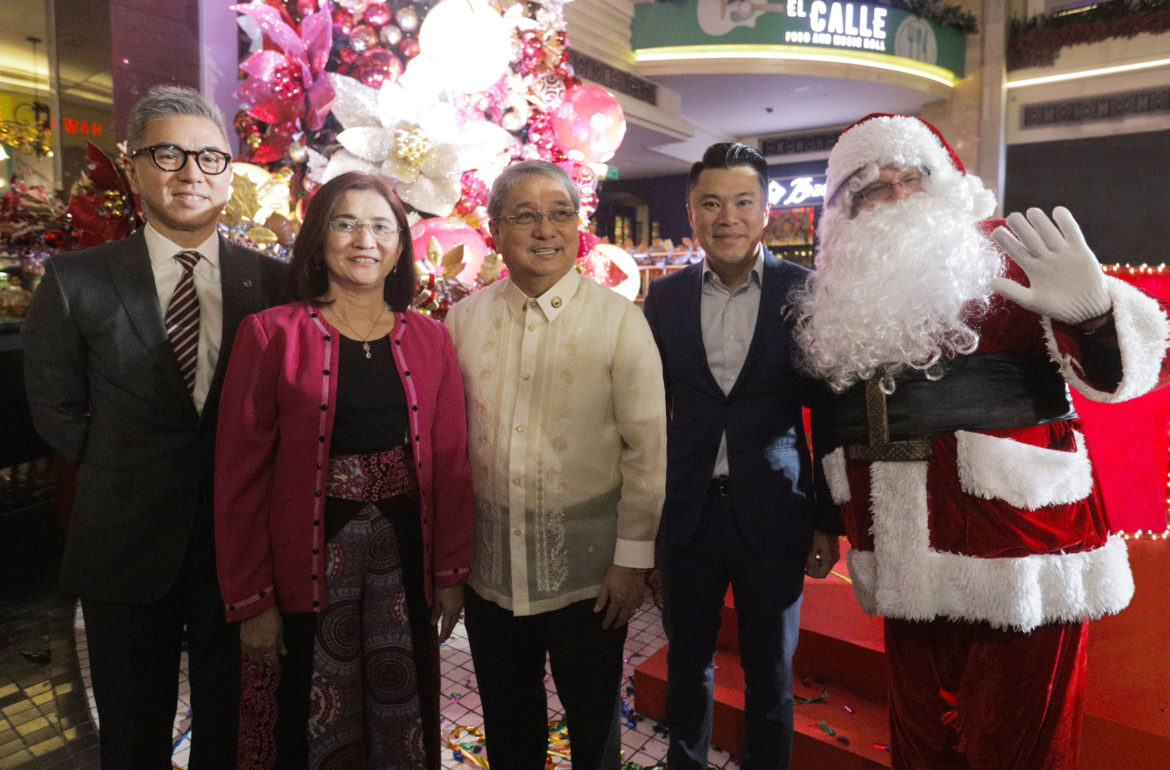 RWM officially launches this year’s Grand Fiesta Manila with a tree-lighting ceremony at the Newport Mall featuring Christmas carols and giant decorations to usher in the Yuletide season. The annual Grand Wine Experience at the Marriott Hotel Manila follows on November 15 featuring over 700 brands of wine, spirits, sake and beer, while the opening of Michelin-starred Japanese restaurant brand Yamazato is slated this November at the soon-to-open Hotel Okura Manila.

On the entertainment front RWM celebrates its 10th with a string of world-class performances at the Newport Performing Arts Theater (NPAT) from some of the country’s A-list talents including Ogie Alcasid and the Hurados’ return performance on December 1; a collective of ‘90s most popular bands including True Faith, Side A, Freestyle, and South Border in Romantic Wednesdate on December 4; Richard Poon’s RP10 The Repeat on December 6; Ely Buendia together with the cast of RWM’s Ang Huling El Bimbo in A Night At The Theater on December 8; acoustic princess Juris on December 14; and premier Filipina theater actress Ms. Lea Salonga in The Gift (A Christmas Special) on December 21 and 22.

Generation X and R&B music fans can also catch the legendary Boyz II Men for a one-night only performance at the NPAT on December 12.

These great performances then lead up to the Grand Countdown celebrations at the Marriott Grand Ballroom headlined by none other than Mr. Pure Energy Gary Valenciano together with Gab and Kiana Valenciano. Other stars slated to perform at the Grand Countdown to 2020 are the TNT boys and the RWM International acrobats and Dancers.

Complimenting a grand stay are good dining deals via the Grand Food Trip promo for only Php10, 000nett to enjoy delectable buffets in nine signature dining outlets from RWM and participating hotel partners.

More Yuletide thrills happen at the Newport Mall including a pre-Christmas sale from November 15 to 17 with big holiday discounts, the Barbie Holiday Dream House exhibit from December 18 to 24, and weekend performances by the U.P. Singing Ambassadors, and more as Santa gives out gifts to lucky kids at The Plaza. The enchanting indoor light parades also return to RWM on the following dates: December 7, 8, 14, 15, 21 and 22.