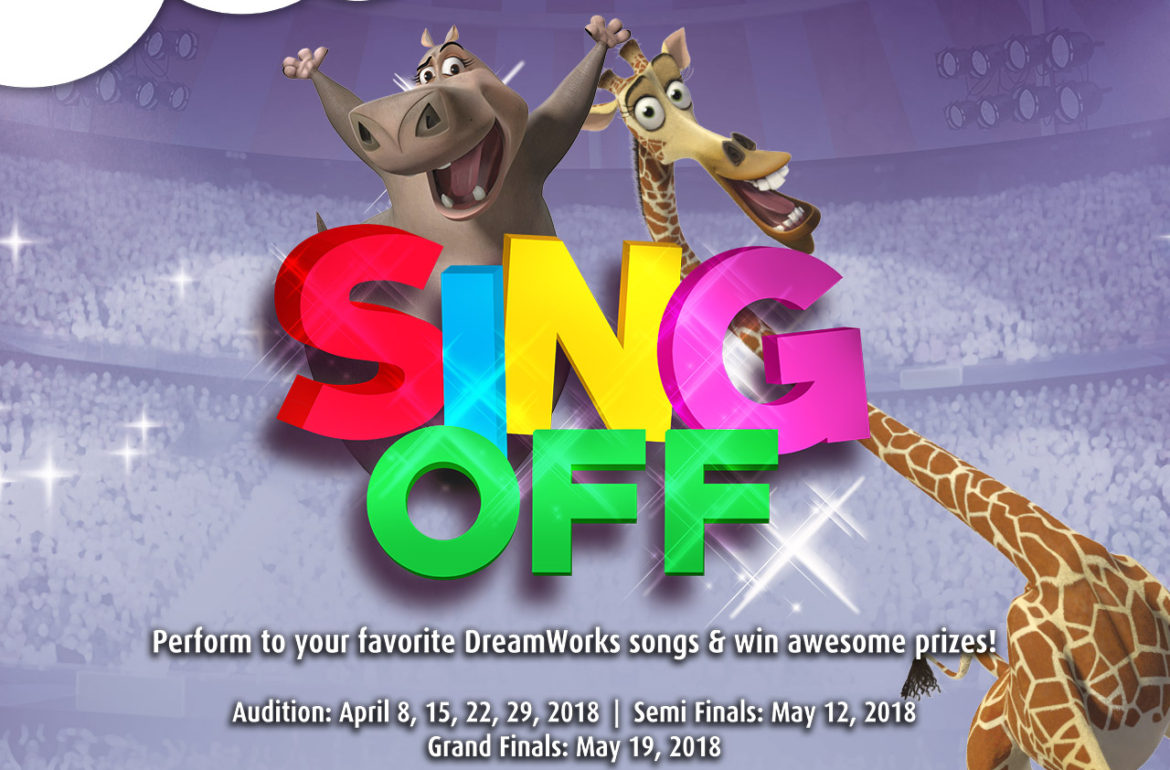 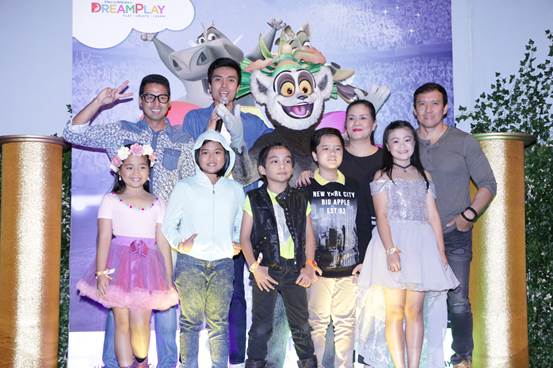 DreamPlay, City of Dreams Manila’s DreamWorks-inspired interactive play space, is currently screening finalists for its 2018 “Sing Off” competition for children ages six to 12 years old, who will vie for the grand championship on May 19 at Chaos Manila.

Ten finalists after the series of elimination rounds that end on April 29, will be selected in the semifinals on May 12 at 2pm at DreamPlay. The contestants perform a 5-minute song or medley from any DreamWorks Animation movie sound track, and are judged based on:  voice quality (30%), song rendition (30%), star quality (20%), audience impact (10%), and stage presence (10%). Popular DreamWorks Animation movies include Shrek, Kung Fu Panda, Puss in Boots, How to Train Your Dragon, Madagascar and Trolls. The Sing Off grand champion will win a cash prize of P25,000, DreamPlay plaque of recognition,  a gift certificate for an overnight stay with buffet breakfast for two at Nobu Hotel Manila, six DreamPlay tickets, a P1,000 voucher each for DreamShop and Chez Gingy, and special invitation to upcoming DreamPlay events.

The first runner-up will be awarded with P12,000 cash, a DreamPlay plaque of recognition, six DreamPlay tickets, and P1,000 voucher each for DreamShop and Chez Gingy.

Each of the eight finalists will receive P2,500 cash, a DreamPlay certificate, four DreamPlay tickets, a P500 voucher for DreamShop  and Chez Gingy. All ten contenders will have a photo opportunity with the DreamWorks characters.

DreamPlay’s Sing Off is on its second year with about 300 children participating through the years. Terms and conditions apply, per DTI-FTEB No. 2804 Series of 2018. For more details and information, interested parties can call 800 8080, e-mail [email protected] or visit www.cityofdreamsmanila.com/dreamplaysingoff.