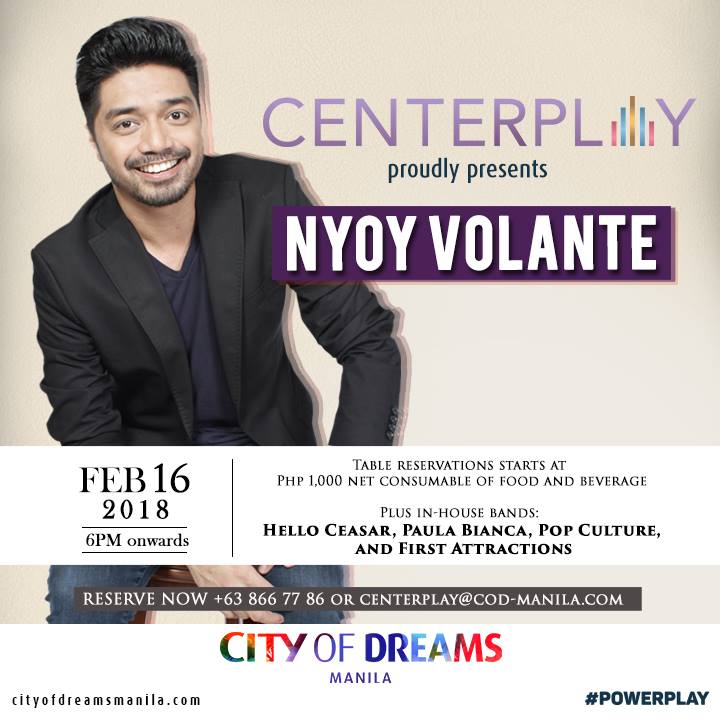 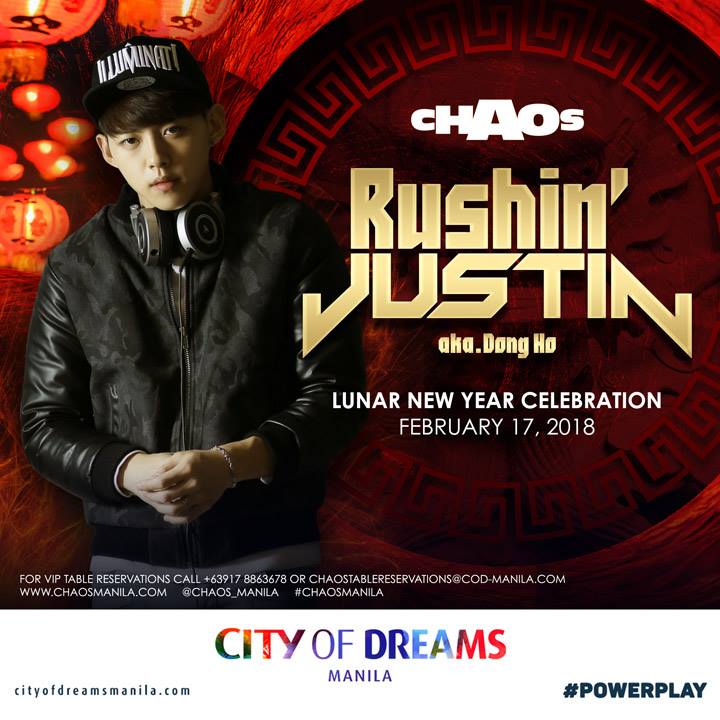 Premier OPM artist Nyoy Volante has been captivating audiences in the Philippines and beyond since the early days of his career nearly 20 years ago. He is best known for hit songs “Nasaan”, “More Than You’ll Ever Know”, “You’re My You”, among many others. He is also a thespian at heart and has appeared in musicals such as “Kinky Boots”, “Jersey Boys”, and “Rent”.

Nyoy will be the highlight of CenterPlay’s Friday night show which starts at 6pm with in-house artists Hello Caesar, Paula Bianca, Pop Culture, and First Attractions. Table reservations starts at P1,000 consumable of food and beverage.

DJ Rushin’ Justin or Dong Ho will set Chaos stage on fire with his signature tracks such as “Rock & High”, “Over The Skyline”, and “Blue”.

He was an actor for various television shows and movies in South Korea; and vocalist of the popular K-Pop group U-Kiss before he broke into Asia’s EDM scene in 2014.

He has garnered a new following with his progressive tunes, injected with sultry and ethereal female vocals, gradually build up into a pulsating and adrenalin-pumping rush, sending waves of electrifying energy onto the dance floor.

As evidenced in his collaboration with Korean producers RHeat and Zaydro for his three current tracks – “Rock & High”, “Over The Skyline”, and “Blue” – Rushin’ Justin‘s musical prowess is undeniable, and the DJ shows no signs of stopping as he continues to perform in topnotch clubs and music festivals in and around South Korea and Asia.

K-Pop and partygoers can catch Rushin’ Justin’s live performance at Chaos with no door charge. Resident DJs Brandon Jon and MK Thompson will frontline the event. Doors open at 10 pm.