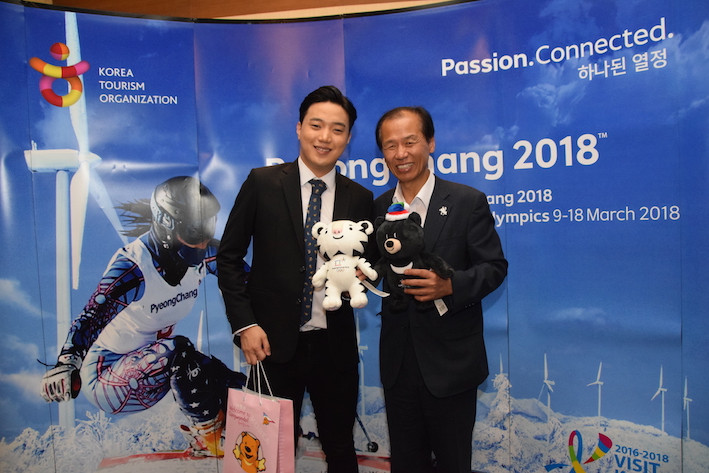 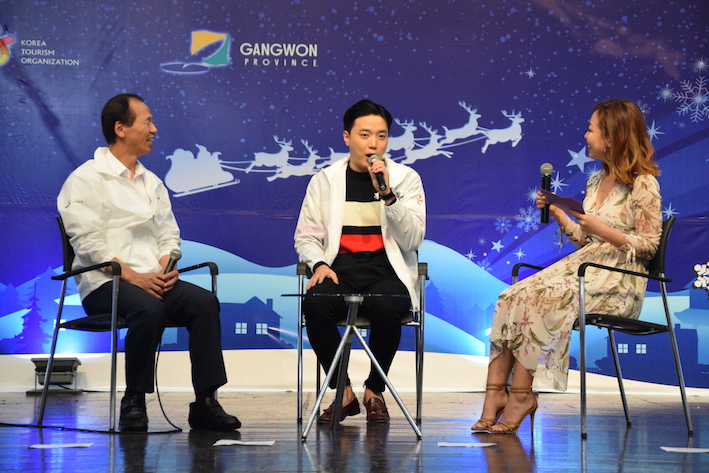 Korea Tourism Organization (KTO) and Gangwon Provincial Government showcased the best of Korea’s winter season in a three-day event entitled, Korea Winter Travel Fair 2017 last September 15-17: Let’s go to Gangwon! The highlights of the event are the announcement of Gangwon Province as host of the Olympic Winter Games PyeongChang 2018 and the appointment of Ryan Bang as the Honorary Ambassador for Gangwon Tourism and Sue Ramirez as the Honorary Ambassador for Korea Tourism.

A press conference was held at the Makati Shangri-la, Manila with the appointment of Ryan Bang as the Honorary Ambassador for Gangwon Tourism from the Philippines. Sue Ramirez, Honorary Ambassador for Korea Tourism, also grace the event. The day culminates with a gala entitled, Korea Winter Night, where a non-verbal performance team from Korea, Fireman, performed and a mini-talk show with Governor Moon-soon Choi of Gangwon Province and Ryan. The celebration had continued the next day at the Glorietta Activity Center, Palm Drive, where a two-day grand travel fair had launched. The delegation from tourist areas in Gangwon Province – Sokcho City and Nami Island, as well as Korean Ski Resorts – Daemyung, YongPyong and Alpensia,  had set-up information booths. 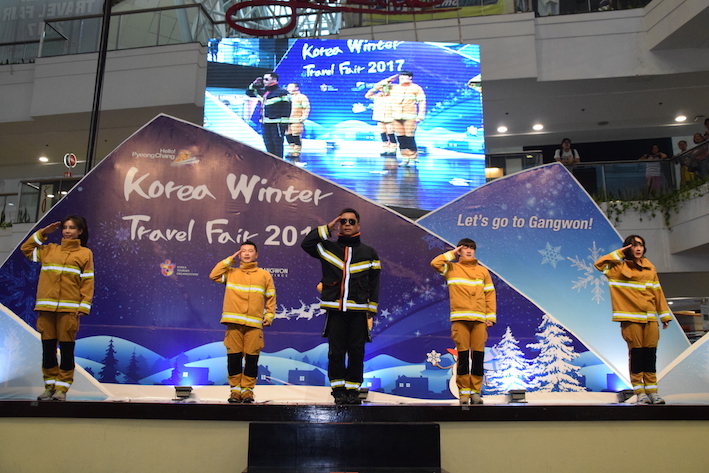 There were also a five (5) event zones wherein visitors can try and experience several fun activities that simulate the winter season. Asiana Airlines, Korean Air, Jeju Air, and Philippine Airlines, released special fares for on-site visitors who will purchase plane tickets to Korea. There were also several partner travel agencies who offered travel packages to Gangwon and other Korean destinations. Visitors who will purchase on-the-spot from any of the airline or travel agency booths in the fair will get special gifts. Visitors will also have a chance to witness live musical and dance performances at the activity center’s central stage. Aside from Ryan, Sue, and Fireman, Yohan Hwang and Kristel Fulgar performed live renditions of popular Korean songs. Special segments about Korean food, cosmetics and make-up will complete the two-day program line-up at the stage. According to KTO, Korea received a total of 17.2 million tourists in 2016, an increase of 30.3% over the previous year. From this number, 556,745 were Filipino visitors, posting a growth of 37% compared to the previous year’s total of 403,622.
*****
About Korea Tourism Organization KTO Manila Office was officially launched in Manila in 2012 dedicated to promote Korea as a premier leisure, incentive, and medical travel destination to Philippine travelers. KTO offers constant product update to the public and to travel agents. Tapping through all available media, which includes but not limited to print, TV, and online; and plan to disseminate information and share with everyone the fun and inspiring experience they can have in Korea.
About Gangwon Province Gangwon-do is a province located in the mid-eastern part of the Korean Peninsula. It is bordered by the East Sea to the east, Gyeongsangbuk-do to the south, Chungcheongbuk-do to the southwest, and Gyeonggido to the west. Gangwon-do will host the Olympic Winter Games in PyeongChang, Gangneung, and Jeongson from February 9 – 25, 2018.