The Blueair air purifier brand is introduced in the Philippines with the promise of helping improve air quality in homes, offices and other enclosed establishments thereby promoting better health and quality of life. CYA Industries, Inc., best known for distributing global white-line brands in the country such as GE, mabe, Ariston/indesit from Italy, and Philips home appliances, introduced Blueair back in 2010. The company sees further growth in the air purifier market and now brings more improved Blueair products that are not only efficient in terms of air purification and energy consumption, but also aesthetically appealing as well. 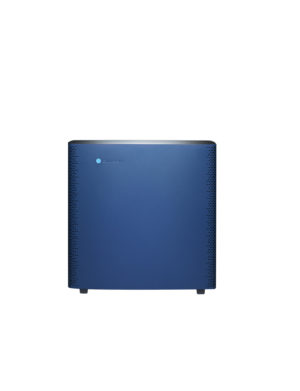 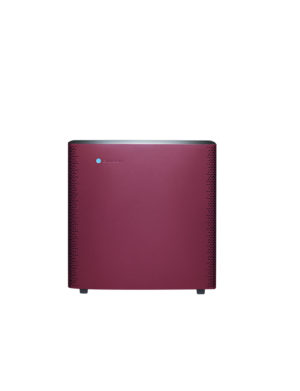 “We saw the need to push the introduction of better air purifiers in the Philippines simply because of the state of air pollution in the country, whether indoors or outdoors. It’s a very real problem, if not a pressing one. For the sake of our own and our family’s health, investing in an air purifier is a necessary one, and we believe Blueair is the answer,” according to Franklin Chan, Managing Director, CYA Industries, Inc.   According to the World Health Organization (WHO), around 570,000 children around the world under five years old die every year due to respiratory ailments due to indoor and outdoor pollutants and second-hand smoke. Back in 2010, Blueair was a rapidly growing brand in Sweden that Chan thought was the product suited for the Philippines and its generally poor air quality. And given the fact the electricity rates in the country are among the highest globally, Chan said that they put a premium on energy efficiency so as to attract Filipinos, whether homeowners or company owners, to invest in air purifiers and empower them to protect their families or their employees’ health and well-being.   Chan said Blueair was such a success for the company that they have already doubled their annual volume and have grown by around 30% on the average each year. Among their institutional clients, where they have had much success, include school infirmaries and labs, hospitals, doctor’s and veterinarian clinics, gymnasiums, restaurants, small lounges and even gaming and entertainment complexes such as casinos where second-hand smoke is prevalent so the use of air purifiers is a must. “With the introduction of 3 new Blueair product lines this year, we aim to maintain, if not exceed, that same growth rate,” Chan enthused.

Blueair air purifiers combine cutting-edge technology, sleek design and environment-friendly qualities and have been proven efficient in capturing all airborne particles at 99.97% efficiency down to 0.1 micron in size by using a unique combination of electrostatic and mechanical filtration systems that use less dense filter media.   Norman Reynoso, Marketing and Institutional Sales Manager of CYA Industries, said Blueair uses its proprietary HEPASilent™ technology to quietly and quickly clean air in the room in the most efficient and energy-saving way. All Blueair models promise 5 air changes per hour and score high on its Clean Air Delivery Rate or CADR rating, which is given to air purifiers that determines their effectiveness in combating the three most common indoor air pollutants: tobacco smoke, pollen and dust. This rating was verified by the Association of Home Appliance Manufacturers (AHAM) in the United States.

Blueair also uses little energy as it consumes power as low as what a common everyday light bulb consumes and is one of the first air purifier brands awarded an Energy Star® certification.   Blueair is also the first and only air purification system in the world that is Wi-Fi enabled so you can control it (turn on or off, increase fan speed or activate the Child Lock feature) wherever you are, any time of the day through the Internet. Initially, this feature is available in the Blueair Sense + model. Blueair products available in the market are the Blueair Pro, Blueair Sense+ and the Blueair Classic with prices starting at P21,000.00.

Chan said they also recognize that much growth is also happening outside of Metro Manila so they have strengthened their regional network of offices located in Cainta, Cebu, Bacolod, Cagayan de Oro, Palawan and Davao. “These branches aim to more closely serve our dealers who sell our products such as Blueair outside of metropolitan Manila,” Chan added.

They are also looking at the Overseas Filipino Worker (OFW) market as a possible growth segment for Blueair and their other products. “We see the OFW market as a growing one. Most of them are already exposed and familiar with global brands such as Blueair and all the others that we offer because our brands are most probably the market leader in the countries they work in.”