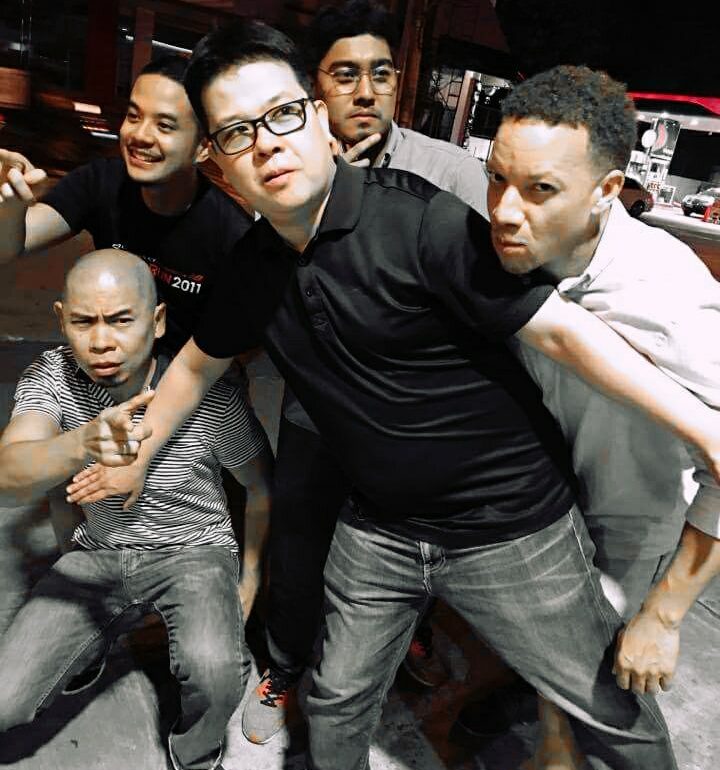 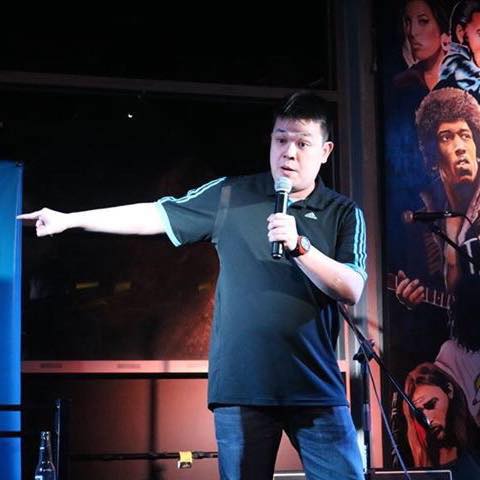 With all the unpleasant news on TV and social media, one longs for a good laugh and veteran comedian Mike Unson is happy to perform his relatable brand of observational comedy in his upcoming show “Mayhem in the First Degree” on June 16, 8pm at the 5th level, Century City Mall, Kalayaan Ave., Makati City.

Unson, a 2016 Aliw Award Nominee for Best Stand-Up Comedian, headlines the comedy show with his arsenal of wholesome jokes reflecting his views on urban life, childhood memories, relationships and interactions with everyday people as he dishes out his original material on annoying encounters with cab and jeepney drivers; street vendors; mall security guards; (un)talented bands; his childhood nanny; and dealing with middle child syndrome, being in the friend zone, breakups and many more true to life situations that we all experience at times. 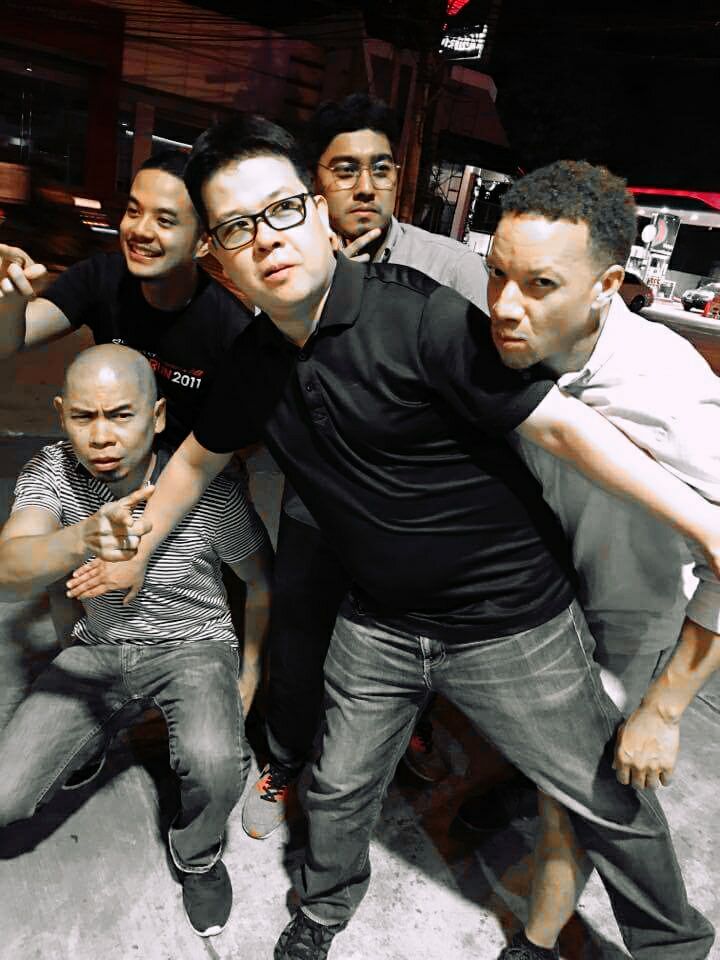 In his 14-year career, he is known for building up comic rhythm with impeccably timed punchlines, adding substance and imparting unconventional thought-provoking insights while leaving the audience in stitches and wanting for more. 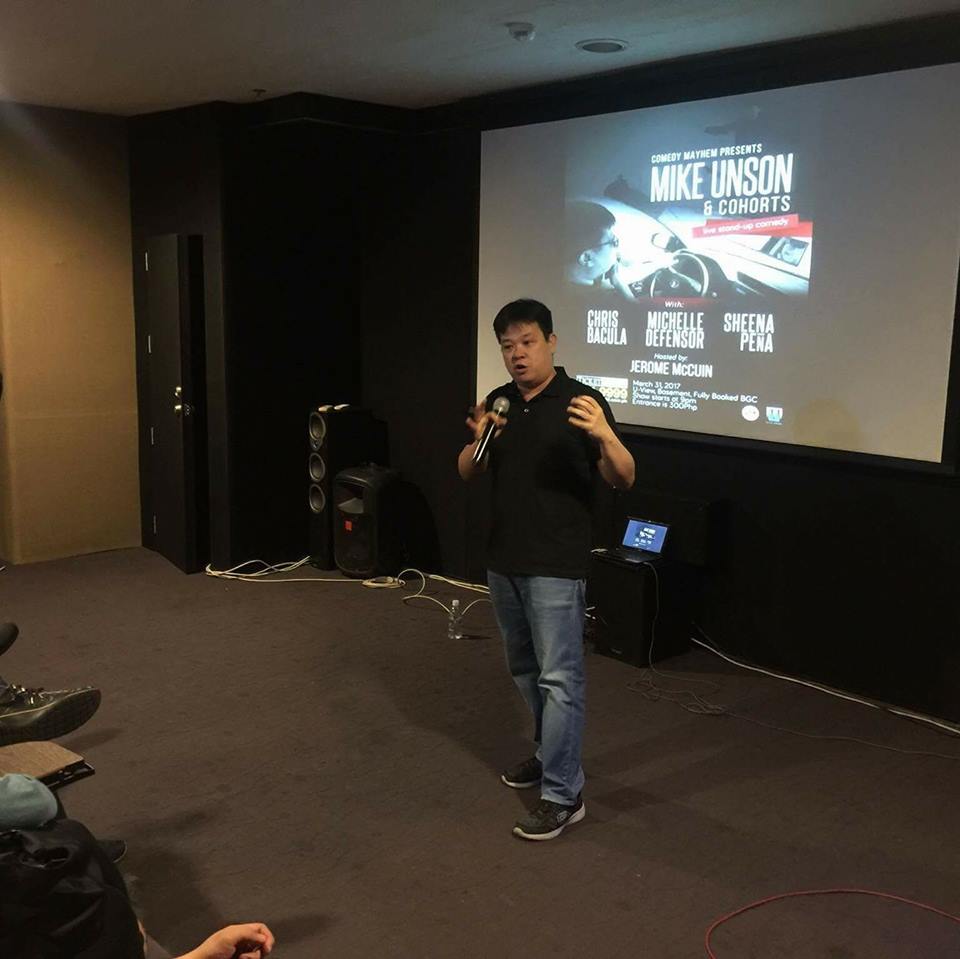 Unson is set to release a comedy album on Spotify later this year. Currently he is part of the creative team of the number one TV sitcom in the Philippines Pepito Manaloto on GMA7. Earlier in his career, he was one of the hosts of an alternative comedy show “Front Act” on TV5.  He was also part of “The Men’s Room” on Studio 23 and a recurring guest on Jojo Alejar’s “The Medyo Late Night Show.”

A few of his notable performances include opening for Rob Schneider in 2013 performing with Rex Navarrete in the Philippines from 2004 to 2014. 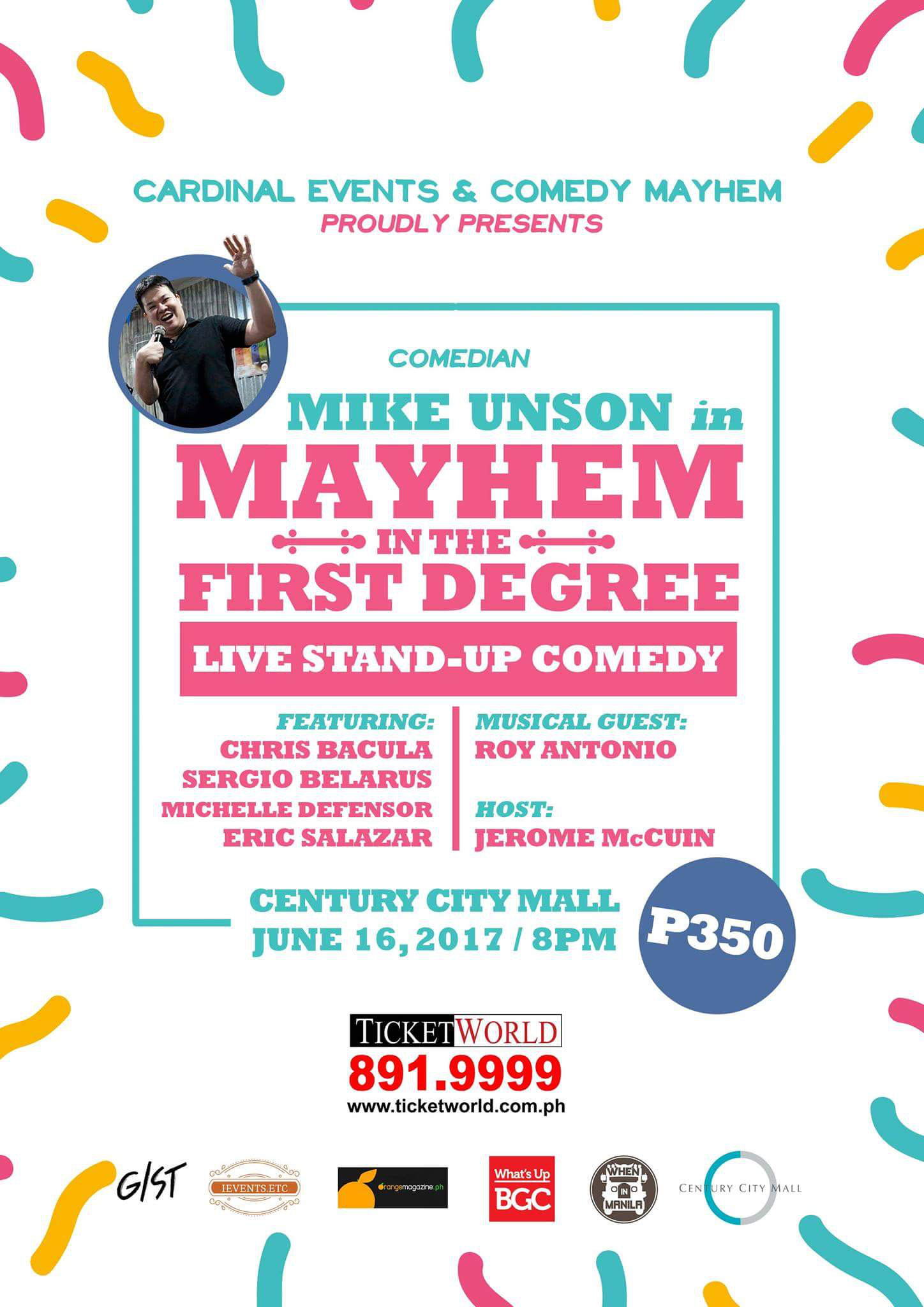 For tickets to “Mayhem in the First Degree” visit any Ticketworld outlet, call 891.9999 or log on toticketworld.com.ph.  For other updates and information, visit www.facebook.com/mikeunsoncomedy  or call Marco Aventajado of Cardinal Events & Comedy Mayhem at +63 9209281681 or email[email protected]