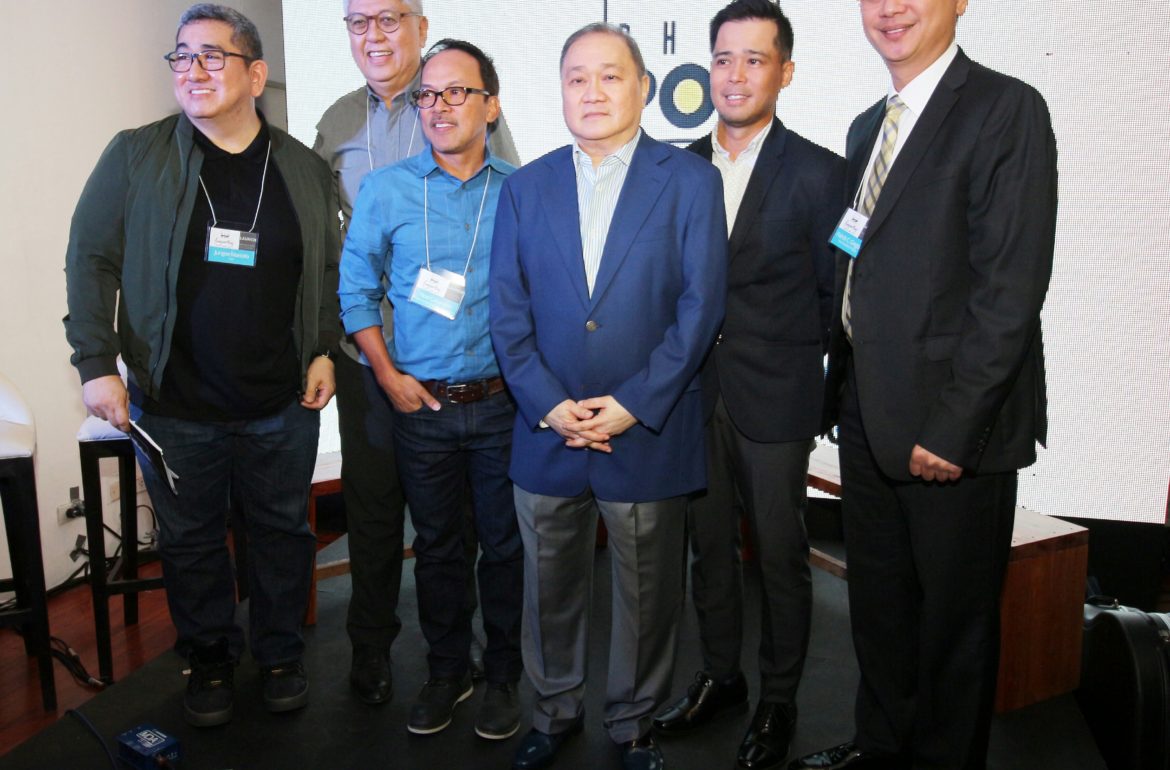 On its 6th year, PhilPop MusicFest Foundation (PhilPop) is set to expand its reach nationwide by holding a songwriting boot camp in Antipolo, Baguio, Cebu and Davao with Ryan Cayabyab and Noel Cabangon as Boot Camp Masters.

PhilPop is a non-profit advocacy organization that aims to give Filipino songwriters a chance to create new songs and spark renewed awareness, enthusiasm, and pride for original Filipino music. Since 2012, PhilPop has mounted the PhilPop Music Festival, a songwriting competition open to all amateur and professional Filipino composers.

“For five years already, PhilPop has taken the lead in encouraging songwriters to churn out original Filipino sound – to remind the world that Filipinos are not just great singers and performers, but also great songwriters; that P-Pop deserves a spot on the world stage”, explained Pangilinan.

PhilPop Songwriting Boot Camp is a songwriting workshop aimed to inspire, encourage, and help foster the growth of Filipino songwriters. It will be held in Antipolo on May 11-14, Baguio on July 13-16, Cebu on September 14-17, and Davao on November 23-26.

The boot camp adopts the theme – #dumadagundong2017 – reflecting PhilPop’s goal of expanding its reach and creating positive impact among Filipino songwriters across the country.

Ryan Cayabyab and Noel Cabangon will serve as Boot Camp Masters for this year’s PhilPop Songwriting Boot Camp. They will be joined by other renowned Filipino songwriters, musicians and industry leaders. Previous PhilPop Songwriting Competition winners will also join as Alumni Coaches to help inspire and encourage the Boot Camp fellows.

“As a musician who has been in the industry for years already, I am one with PhilPop in teaching the next generation everything that I know whenever possible. PhilPop songwriting boot camp is designed to be the best venue to meet and interact like-minded people such as composers and singers, music industry executives and advocates to exchange ideas, learn from each other and build inspired communities and networks”, explained Mr Cayabyab.

“Essentially, the boot camp is about encouraging songwriters to produce excellent musical compositions, share their masterpieces, submit entries to songwriting contests, and go for their dreams as artists”, added Mr Cayabyab.

The Boot Camp application is open to all Filipinos 16 years old and above. Applicant must be a resident of the area covered by the boot camp to be attended – Antipolo for those residing in Central and Southern Luzon, Baguio for North and Central Luzon, Cebu for those coming from Visayas, and Davao for Mindanao. Aspiring fellows from Metro Manila could join the boot camps either in Antipolo or Baguio. Interested songwriters could apply via online registration on PhilPop’s website philpop.com.ph starting February 1 to March 31, 2017.

Twenty fellows per Boot Camp will be chosen to join the three-day all-expense-paid session of enriching activities with coaches composed of veteran songwriters and lyricists, musicians, former PhilPop winners and music industry executives. Fellows who will be sponsored to join the Boot Camp shall automatically be part of the top 300 of the PhilPop Songwriting Competition in 2018.

Aside from the twenty sponsored fellows, limited slots were allotted per boot camp site for those who are willing to invest a minimum amount for the training. Regular fellows will have to pay a training fee of Php15,000.00 to cover food, accommodation and training kit.

The PhilPop Songwriting Boot Camp is co-presented by Maynilad with Bughaw Digital as digital partner, Sindikato Productions as video partner and Uber as official land transportation partner. It is organized by The Pinnacle. Philpop 2017 is also supported by the Office of the Vice-President and National Youth Commission.

Maynilad Water Services, Inc. (Maynilad) was formed in 1997, after the consortium of Benpres Holdings Corporation and Suez Lyonnaise de Eaux won the exclusive right to provide water and wastewater services in the West Zone of Metropolitan Manila. Before then, the Metropolitan Waterworks and Sewerage System (MWSS) was in charge of providing these services.

Towards the end of 1997, Maynilad struggled to meet its service and financial obligations because of the Asian financial crisis and El Nino phenomenon. These events led to a string of financial, legal and regulatory disputes between Maynilad and MWSS.

In 2005, Benpres and Suez ceded management and control of Maynilad to MWSS. A competitive bidding was done by the Philippine Government the following year to re-privatize Maynilad.

On January 24, 2007, the new owners took over Maynilad and launched an aggressive five-year investment program to rehabilitate the company and its operations.

In 2013, Marubeni Corporation of Japan acquired a 20% stake in DMCI-MPIC Water Company and became a strategic partner of the Metro Pacific-DMCI consortium.

Since its re-privatization, Maynilad has spent over P47 billion to improve and expand its water services. As a result, over 9 million people in Valenzuela City down to Cavite City are now enjoying safe, reliable water supply.

In the coming years, Maynilad will focus on accelerating its wastewater investments, while ensuring the water supply of its current and future customers.

Sindikato is a production house that provides creative solutions and services related to video content creation. Before its incorporation in 2010, Sindikato was known for making music videos with rock stars and hit makers. After several inline viral videos, TV Commercials and compant AVP’s, the team decided that it was fine time they started paying more taxes. Six years have passed, and the team has grown in age, wisdom and chronic back pain. With a newly renovated office, an expanded talent roster, and a clear direction for its future, the Sindikato team has never been more focused and ready to do your dirty work.

Its mission is to strengthen relationship between brands and costumers through the union of data science, technology and intelligent design. We elevate customer experience expectations by increasing brand relevance. We improve trust in the marketplace by practicing ethical data responsibility. It’s only on this path, that we maintain intimacy while navigating the digital world.