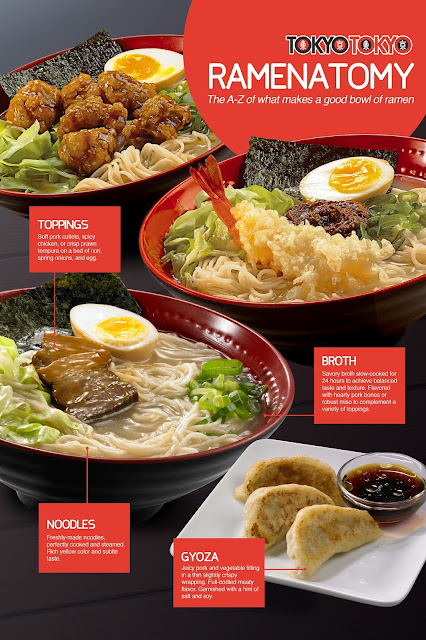 The Philippines’ leading Japanese restaurant chain was once Makati’s delicious little secret. Located at the Quad (now Glorietta) Car Park, Tokyo Tokyo built an incredibly dedicated following with its combination of quality, value and abundance. In 1985, it was the only quick-service Japanese restaurant that offered unlimited rice with its dishes, which grew to be some of Filipino diners’ most popular cravings. While other Japanese restaurants at the time focused on delivering more traditional experiences, Tokyo Tokyo strove to give its customers a modern, mainstream approach to Japanese cuisine.

It turned out to be the perfect recipe for success. Today, Tokyo Tokyo is an established name in Filipino dining, with more than 50 stores operating nationwide. All-time bestsellers like Prawn Tempura, Beef Misono, and Pork Tonkatsu have been joined by delectable new menu items such as Japanese-inspired hamburgers and Honey Chicken Teriyaki. While the restaurant’s Bento Boxes are a satisfyingly filling choice for most diners, the good-for-two Sumo meals are often enjoyed by customers with the heartiest of appetites. Tokyo Tokyo’s signature Red Ice Tea has an avid fan following of its own, making it distinctly Tokyo Tokyo.

In October 2012, Tokyo Tokyo wrote a new chapter to its history of innovation with the launch of its Ramen Bar. Having begun as an addition to the Trinoma branch, Ramen Bar has exploded with popularity, and there are plans to have 50 locations by the end of 2013.
Over the years, Tokyo Tokyo has proven that quality, value, and abundance stand the test of time. With a spirit of innovation driving these qualities to even greater heights, the brand’s future looks brighter than the rising sun.