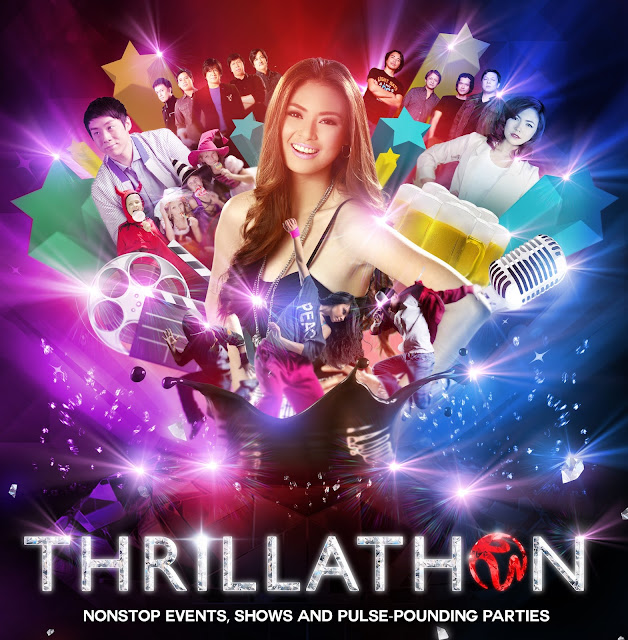 Resorts World Manila is known for its spectacular and unique events that thrill guests nonstop, all year round, such as last year’s Majestic Anniversary and Grand Fiesta. This year, the Thrillathon is expected to draw crowds from all over the world to experience Resorts World Manila’s three-and-a-half month fete of unadulterated celebrations.

With today’s technology giving us access to countless exciting exploits online, finding new things to thrill us like no other can be challenging. We’ve seen it all on social media, and quite frankly, many of us are in need of something unique and different—something thrilling, which nothing else can quite compare to.
That is why Resorts World Manila (RWM), the country’s one-stop, nonstop tourism destination for ultimate thrills, is set to launch its Thrillathon Anniversary celebrations this August featuring a no holds barred mix of spectacular events, world-class entertainment and mind-blowing surprises.
The three-and-a-half months of daily thrills kick off on August 2 with a variety of exclusive offerings such as the Celebrity Dunk Tank where members get three free throws for a chance to get celebrities and FHM models all soaked in a huge water tank; the Thrillapalooza Shows at the Newport Mall Plaza showcases the biggest stars in free concerts and shows, with VIP seating for members; and the P125 Cinemathon at the high-end Newport Cinemas, with the Php100,000 Last Man Watching contest to boot. August 9 starts off the Thrilled To The Max Photo Booth wherein members get a photo of themselves while holding a Van De Graaff generator for a truly hair raising experience.
August 16 ushers in a Book-A-Thon for bookworms of all ages featuring famous authors visiting RWM for mini workshops, book signing, bestsellers book sale, and meet and greet events. August 26 until September 1 gives mall shoppers the chance to grab great finds as the Newport Mall holds a week-long property-wide sale with extended mall hours during weekends.  Also, on-the-spot prizes await lucky mall goers during the period.
Come September, a month-long Chocolate Festival highlights such events as Raymond Isaac’s chocolate-inspired celebrity makeup and photo exhibit, as pastry masters from Café Maxims exhibit their own creations of celebrity-inspired confectionery. A chocolate exhibit and sale from the best chocolate companies are also slated at the Newport Mall Plaza for the festival. Meanwhile, jetsetters can avail of great deals with the Ready Set Travel event from September 20-22 featuring the best airline, hotel, resort, travel, fashion, and luggage deals all in one exhibition.
For October, the lifestyle hub transports guests to RWM’s own little Germany for an Oktoberfest celebration unlike any other.  With German food delights, affordable beers, and the exciting Beer Olympics with grand stakes for billiards, darts, and beer pong, amounting to up to Php1 million per tournament.
Right after the Oktoberfest celebrations, a grand Halloween Mystic Carnival shall treat the whole family with fortune telling booths, ToyCon creature and hero displays for kids of all ages, the exclusive viewer’s party of TV cult hit The Walking Dead’s Season 4, and the ultimate Trick or Thrill event on October 27, complete with acrobats, buskers, countless party favors and candies, face painting and good old Halloween fun with the whole family.
RWM has always delivered the most unique anniversary celebrations since it first entered the integrated resorts industry.  With the concept of having the most thrilling offerings and amenities for all types of guests at any age, RWM stays true to its advocacy of promoting the Philippines as a premier tourism hotspot, while showcasing the very best the Filipino can offer the world– a whole new brand of thrill that cannot be experienced anywhere else.
Visit www.rwmanila.com or call the Tourist/Visitor Hotline at (632) 908-8833 for the complete line up of events and promos for Resorts World Manila’s Thrillathon.