BLACK TO THE FUTURE! 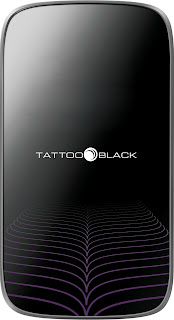 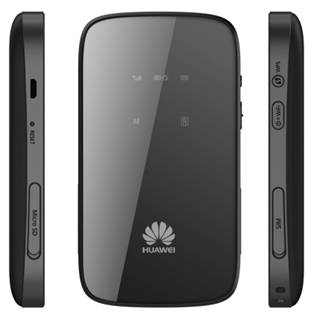 Globe Tattoo LTE Superstick Device
BLAZE off to the future of broadband technology with Tattoo Black, combining the fastest speed powered by Long Term Evolution (LTE) and unparalleled customer service exclusively from Tattoo, the ’ most preferred broadband.
“Tattoo Black is the future of broadband technology. This is a premium mobile broadband stick that is powered by LTE for Internet connection at break-neck speed and with the best overall broadband performance. On top of the speed, Tattoo Black redefines your broadband experience as it comes with unparalleled customer service plus exclusive perks and freebies,” explains Dong Ronquillo, Head of Tattoo Nomadic Broadband Business.
Subscribers of Tattoo Black, the premium mobile broadband stick in the market, are sure to enjoy break-neck speed in Internet connectivity, priority handling in stores for ultimate customer satisfaction and exclusive discounts and freebies for a broadband experience like no other.
Tattoo Black comes at Plan 1799 and the Tattoo Black Elite at Plan 2499.
Subscribers of Tattoo Plan 1799 get a free USB stick that runs at speeds of up to 28 Mbps. Upgrade your device to a Superstick for a minimum additional charge of only P150 a month. The Tattoo Superstick serves as a personal Wireless Fidelity (WiFi) that could connect up to five devices. Tattoo Black Plan 1799 subscribers will also enjoy discounts at partner establishments plus nationwide concierge assistance.
Tattoo Black Elite Plan 2499 boasts of speeds of up to 42 Mbps and a host of premium services including a dedicated hotline, priority handling in stores and a personal relationship manager, complimentary tickets to Tattoo events, priority reservation on Globe handset and tablet devices and 24/7 personal concierge service.
Globe was first to introduce 4G technology in the in 2009  with the deployment of its Worldwide Interoperability for Microwave Access (WiMax) network. During the same year, Globe together with SingTel, began testing 4G LTE in the country with speeds of up to 100 mbps. Last year, Globe launched its 4G Evolved High-Speed Packet Access (HSPA+) network.
Key commercial and residential areas in Makati are the first to enjoy the speed and reliability of the Globe 4G LTE as the country’s premier financial and business district posts the highest mobile traffic at any given time.
“By end October, we would have fired up close to 50 sites in and we are confident to hit 100 sites by end of the year. We are aggressively expanding quickly to cover more areas and select regions in the country so that more and more people will experience the Tattoo 4G LTE difference which is a cut above the rest,” Ronquillo adds.
Tattoo has sustained leadership in the Philippine broadband industry with sustained double-digit revenue expansion driven by rising internet usage as a result of the popularity of social networking sites and the growing affordability of tablets, PCs and laptops.
For the 1st half of the year, Tattoo posted a 22% growth in subscriber base compared to the same period last year and 13% year-on-year revenue growth.
From 2007 to 2011, Tattoo has grown by an average of 99% per year in subscriber base and 84% per year in service revenues.
With the entry of Tattoo Black, Tattoo cements its formidable position as the most preferred broadband in the .
Be among the first to experience the speed and unparalleled service of Tattoo Black as it hits the stores on October 28, 2012!  Register now at www.tattoo.globe.com.ph or visit any Globe store nearest you.
https://www.downloadfreethemes.io/